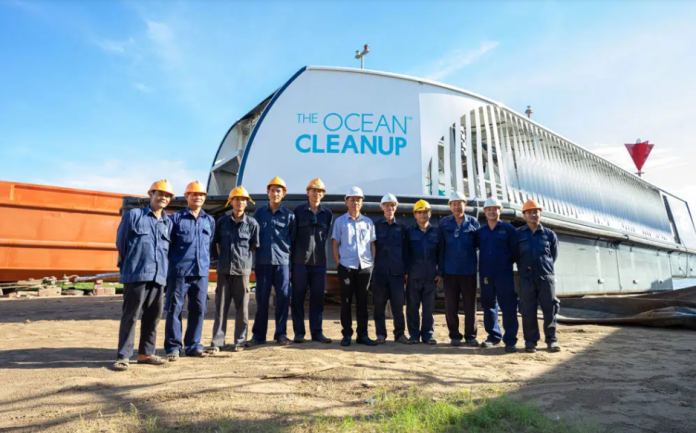 Coca Cola and The Ocean Cleanup have partnered up to establish efforts to collect plastic litter in primary waterways before it reaches the ocean.

The global partnership pairs Coca-Cola’s scale and network with The Ocean Cleanup’s technology and data-driven solutions.

It involves the implementation of the Dutch non-profit’s Interceptor solution in 15 rivers by the end of 2022.

The Interceptor is the first scalable solution to efficiently intercept plastic in rivers before it reaches the oceans.

Most recently, the Interceptor™ Original trash collection system, which was unveiled in 2019, was launched for testing in the Can Tho River in Vietnam.

“We expect that this river clean-up project will make an important contribution to help the city improve the capacity and efficiency in waste collection, segregation and treatment; at the same time, prevent and thoroughly collect waste, especially plastic waste floating on some major river routes in Can Tho City,” said Nguyen Chi Kien, Vice-Director, Department of Natural Resources and Environment of Can Tho City.

“At the same time, this project will greatly contribute to Can Tho City’s goal towards an ecological and modern city, imbued with the identity of rivers and the Mekong Delta, visioning by 2030. To get there, we are looking forward to joining hands of non-profit organizations, private sectors and Can Tho citizens in such environmental protection projects, maintaining our position as an ASEAN Environmentally Sustainable City.”

“We want to?support?partners and technologies?that help to clean up our oceans and rivers, especially the Mekong River system – one of the critical river systems in ASEAN that flows to oceans. Through innovation and partnership, we’re also working to create circular solutions for the collection and recycling of our bottles in Vietnam.?That’s why we’re very?excited about this new partnership with The Ocean Cleanup in?Vietnam, starting in our beautiful Can Tho River?and we’re looking forward to making a lasting impact through this work.”

Unipod to build a world class manufacturing plant in Truganina