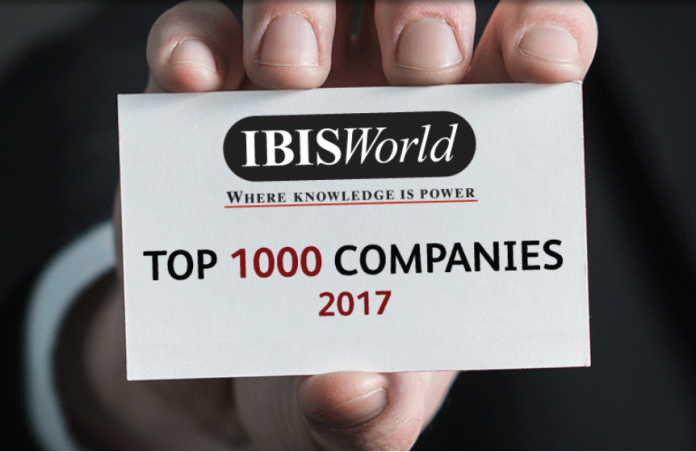 Retail heavyweights Wesfarmers and Woolworths sit at the top of IBISWorld’s list of Australia’s top 1000 companies for the second year on the trot.

IBISWorld’s 2017 Top 1000 list, which was released last week, offers a comprehensive and thorough insight into the corporate landscape in Australia, including the largest firms, growing and declining sectors, and new businesses to watch in 2018 and beyond.

Jason Aravanis, Senior Industry Analyst at IBISWorld, noted that the firms on IBISWorld’s 2017 Top 1000 list, which account for approximately 28% of all trade in Australia, have had a slightly slower year in terms of revenue when compared to last year.

He said that although total revenue across the 2017 list has fallen, this loss has been concentrated amongst a small number of large firms.

“In contrast, JB Hi-Fi, BHP, CIMIC Group and other major companies expanded revenue over the year. Overall, the 2017 top 1000 companies’ performance was mixed. For example, 52% of companies on the 2017 list improved profitability.”

“Despite the overall decline in industry revenue, the industry’s major players, Wesfarmers and Woolworths, were able to grow their revenue as consumers sought out cheap prices at these large establishments,” Mr Aravanis said.

“These large firms have been able to succeed in a difficult operating environment due to their economies of scale, which have enabled them to gain market share from smaller competitors.”