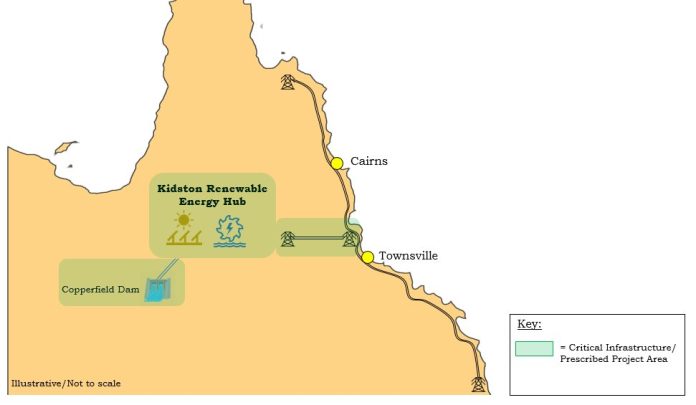 According to the Premier, the move was aimed at reducing “red tape” road blocks and giving the project even greater certainty.

“Kidston’s 50MW first stage solar farm is already under construction and has created 88 jobs, out of a total 500 construction jobs and 18 operational positions expected for the project,” Ms Palaszczuk said.

“This decision highlights our commitment to generate 50 per cent of Queensland’s electricity needs from renewable energy by 2030 and the job-generating effect that action will have.”

“This is about supporting a project that will help deliver a reliable renewable energy source and support hundreds of jobs,” Dr Lynham said.

“It will help deliver energy stability and contribute to our commitments to deliver more renewable energy over the coming years.”

Kidston’s first stage, which is located on the site of the historical Kidston Gold Mine near the township of Georgetown, is expected to generate 145GWh of renewable electricity per year, enough to power 26,484 Australian homes.