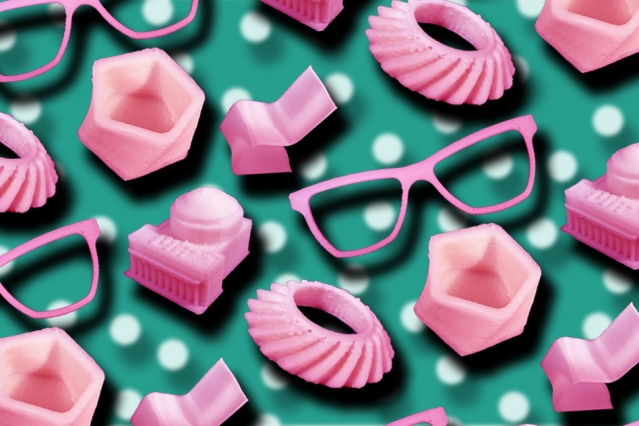 MIT researches have develop a new desktop 3D printer that they claim to be up to 10 times faster than other commercial printers available on the market.

Anastasios John Hart, associate professor of mechanical engineering at MIT, said the new design can print various detailed, handheld 3D objects in a matter of minutes, whereas most of the common printers would take a full hour to do the same.

“If I can get a prototype part, maybe a bracket or a gear, in five to 10 minutes rather than an hour, or a bigger part over my lunch break rather than the next day, I can engineer, build, and test faster,” said Mr Hart, who is also director of MIT’s Laboratory for Manufacturing and Productivity and the Mechanosynthesis Group.

“If I’m a repair technician and I could have a fast 3D printer in my vehicle, I could 3D-print a repair part on-demand after I figure out what’s broken. I don’t have to go to a warehouse and take it out of inventory.”

He said that when building the new printer, the team focused on identifying all the factors limiting a printer’s speed: how fast a printer can move its printhead; how much force a printhead can apply to a material to push it through the nozzle; and how quickly the printhead can transfer heat to melt a material and make it flow.

“Given our understanding of what limits those three variables, we asked how do we design a new printer ourselves that can improve all three in one system,” Hart said.

“And now we’ve built it, and it works quite well.”

He said the team decided to do away with the pinhcwheel design and replace it with a screw mechanism that feeds polymer material through a nozzle at high force; and a laser, built into the printhead, that rapidly heats and melts the material, enabling it to flow faster through the nozzle.

“Using this screw mechanism, we have a lot more contact area with the threaded texture on the filament,” Mr Hart explained.

“Therefore we can get a much higher driving force, easily 10 times greater force.”

He said the team is currently exploring new materials to feed through the printer.

“We’re interested in applying this technique to more advanced materials, like high strength polymers, composite materials. We are also working on larger-scale 3D printing, not just printing desktop-scale objects but bigger structures for tooling, or even furniture,” Mr Hart continued.

“The capability to print fast opens the door to many exciting opportunities.”

The research, which was supported by Lockheed Martin, was published in the journal Additive Manufacturing.