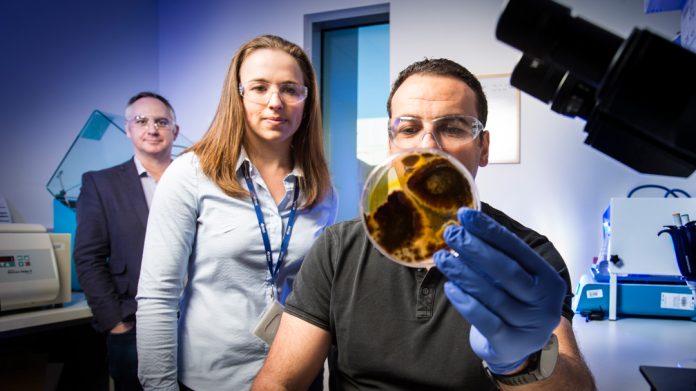 Australian researchers are developing a self-cleaning, anti-microbial organic coating for painted sheet steel that could deliver major benefits to healthcare and the marine industry.

The new type of coating – which is being developed by scientists at the University of Wollongong’s ARC Research Hub for Australian Steel Manufacturing – prevents the build-up of mould, algae and bacteria on coated steel products, particularly in humid environments.

Unlike current solutions, which release antimicrobial agents to kill target microorganisms, the new coating prevents them from attaching to a surface in the first place using a combination of silica nanoparticles with chemical compounds called zwitterions, which are naturally hydrophilic, or able to bond to water.

PhD student Brianna Knowles said the combination of zwitterions and nanoparticles results in the formation of a water layer that prevents interactions with proteins, which are often a precursor to organism attachment and subsequent biofouling.

“Microorganisms can’t displace the bound water and so they’re not able to form an attachment to the surface,” she explained.

“Hydrophilic coatings also don’t pose the risk of environmental contamination and don’t promote the emergence of biocide or antibiotic-resistant organisms.”

The new coating is tipped to benefit the marine industry, where algae sticking to boat and ship hulls account for decreased speed and manoeuvrability, as well as for increased fuel consumption.

It could also be used in hospitals, where bacterial contamination of surfaces such as countertops, surgical tools, and medical devices contributes to the spread of potentially deadly hospital-acquired infections.

According to him, these results indicate the potential for the silica nanoparticles to be further developed as versatile fouling-resistant coatings for widespread coating applications.

“The technology currently is as a surface coating that can be easily applied to a range of surfaces. At this stage, it could be coated directly onto an existing surface to provide fouling protection but further work could be devoted to trying to incorporate nanoparticles with hydrophilic chemistries into paints,” Dr Molino said.