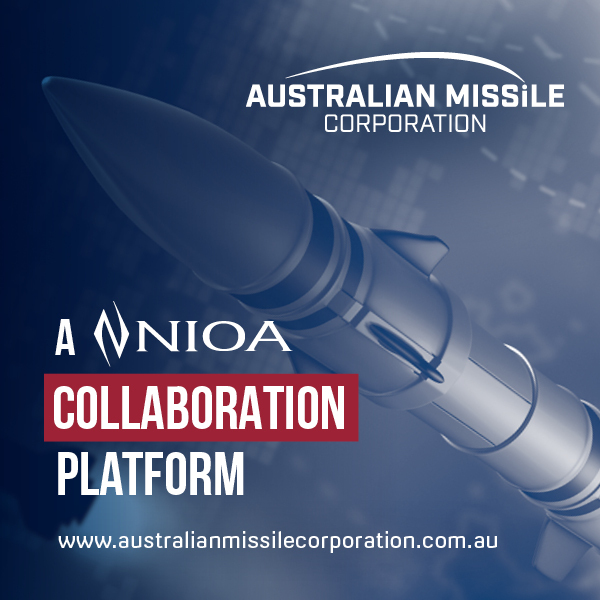 NIOA, the largest Australian-owned supplier of weapons and munitions to the Australian Defence Force, has announced the creation of a new business as Australia moves to manufacture its own guided missiles.

CEO Robert Nioa said the Australian Missile Corporation was established to facilitate collaboration between government, industry, academia in response to the Federal Government’s plan to invest $1b in domestic missile production.

‘’NIOA is strongly aligned with the Commonwealth Government’s mission to accelerate sovereign industrial capability and we are excited about this next phase,’’ Mr Nioa said.

‘’As we have seen over the past 12 months with the COVID19 pandemic, it’s prudent for Australia to be more self-reliant.

‘’Defence is a manufacturing sector with enormous opportunity for growth. Investing in capabilities that assure supply of weapons for ADF is not only critical for the nation’s security, but it will create jobs and new business opportunities.’’

Mr Nioa said the Australian Missile Corporation would ‘pull together the capabilities of key strategic partners’.

‘’Since the Prime Minister’s announcement, many companies (international Primes and Australian SMEs alike) have contacted NIOA seeking guidance as to how best they could participate in the future guided weapons enterprise,’’ Mr Nioa continued.

‘’Building upon our experience as Australia’s No.1 Defence Prime, NIOA’s response has been to establish the Australian Missile Corporation as a team of like-minded Defence organisations willing and able to support the new enterprise.’’

Founded in regional Queensland in 1973, NIOA is investing $130m in domestic munitions and explosives manufacturing over the next five years, including a $60m artillery shell forging plant in Maryborough, Queensland with joint-venture partner Rheinmetall Waffe Munitions.

The company, which recently secured Stage 1 of Tranche 1 of the LAND 159 program to modernise the Army’s weapons systems, is also investing in an upgrade of the Government-owned Benalla munitions plant in Victoria and in an $11m expansion of its Brisbane warehouse and distribution facility.

Apotex to merge its Australian and NZ operations with Arrow Pharamceuticals