Queensland Science Minister Leeanne Enoch and the State’s Minister for the Environment, National Parks and Great Barrier Reef Steven Miles have accused the Turnbull Government of “failing Queensland” by refusing to guarantee that job cuts at the CSIRO won’t restrict research into the effects of climate change on the Great Barrier Reef.

Minister Enoch referred to the disturbing level of coral bleaching showed by a footage released last week by the Queensland Government to illustrate how critical continued research on the Great Barrier Reef remained.

“I asked Minister Pyne to commit to continuing this important research and he failed to do so. The Great Barrier Reef is not only one of the great natural wonders of the world but a huge tourism drawcard for not just Queensland but Australia,” Ms Enoch said.

“The Reef generates an estimated $6 billion for the Australian economy and supports 69,000 jobs. So, I’m once again calling on Minister Pyne to guarantee to the people of Australia that he won’t stand by and let vital research for this jewel in our crown to be cut.”

“When it comes to protecting the reef, climate and water quality sciences are the most important things. But they are being targeted by the Prime Minister’s cuts,” said Minister for the Environment, National Parks and Great Barrier Reef Steven Miles.

“The withdrawal of CSIRO from climate science reduces the level of confidence and certainty around the Australian Government’s commitment to securing the future of the beef industry in regards to climate change adaptation, and the Reef in regards to nutrient and soil management.”

The recent job cuts at the CSIRO follow the loss of 1400 jobs at the organisation since the Turnbull/Abbott Government came to power three years ago.

“If we are aspiring to be one of the world’s leading innovators, we must have scientists, entrepreneurs and startups working collaboratively to deliver tangible outcomes for Australia,” Ms Enoch said.

“But the Federal Government is sending the wrong message internationally that Australia is not a country that values scientific excellence.” 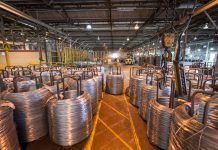