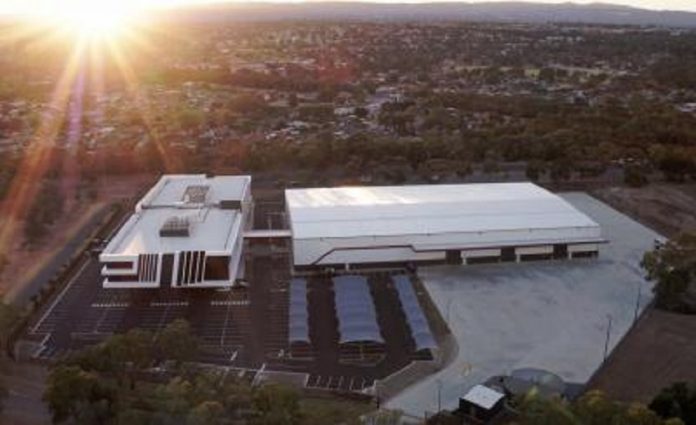 Raytheon Australia Managing Director Michael Ward said the facility is amongst the most advanced integrated air and missile defence precincts in the world.

“The facility has been designed to help defence meet its needs of today as well as its greater challenges of tomorrow.”

He said that as well as strengthening opportunities for collaboration between the ADF, its allies and Australian industry, the precinct would also continue to build the nation’s sovereign industrial capability and drive the next phase of Raytheon Australia’s ambitious export strategy.

“In this facility, we will work with defence and industry in sophisticated systems integration laboratories, as well as experimentation areas and training rooms,” Ward continued.

“These spaces will ensure we can work with our customers and partners to deliver fully integrated sovereign capabilities and also train the workforce of the future.”

“This precinct will be home to Australia’s premier integrated air and missile defence capability.

The Centre for Joint Integration consists of two main components including the Core Facility – which includes training and systems integration laboratory space and office accommodation – and the Integration Facility that includes the company’s first major production facility in Australia.

“This includes 6,500 square metres of light manufacturing, integration, depot repair and warehousing space,” the company said in a statement.

“It will serve as the dedicated space to deliver Army’s short-range ground-based air defence program – LAND19 Ph7B including assembly of components manufactured by local suppliers.

Ward said more than 200 of Raytheon Australia’s SA employees are already based in the new premises, delivering on current ADF programs including LAND19 Ph7B and the AIR3024 Woomera range remediation program.

He said the precinct would eventually be home to 300 jobs across multiple future integrated air and missile defence, naval and ranges programs.

“The Centre for Joint Integration is a further demonstration of Raytheon Australia’s enduring commitment to South Australia,” Ward added.

“This precinct will deliver more than a decade of jobs and sovereign capability for Australia through future growth.

“We expect that it will be a magnet for highly skilled employees to make the move to South Australia.”