Home grown manufacturers are being encouraged to nominate for the Victorian Manufacturing Hall of Fame Awards.

Minister for Industry Support and Recovery Martin Pakula today announced nominations are now open with this year marking the return of the Awards for the first time since 2019 and also the 20th anniversary of the Awards.

The awards recognise the achievements of exceptional manufacturers across the state and acknowledge the key role manufacturing plays in Victoria.

Manufacturing in Victoria supports more than 260,000 jobs and contributes close to $30.6 billion to the local economy each year.

‘Making it in Victoria’ is the theme for this year’s awards, which highlights the importance of local manufacturing and the breadth of products, machinery and equipment produced in the state.

Established in 2001, the Hall of Fame Awards recognise individuals and companies that embrace new technologies and techniques, are export focused and excel in business innovation.

Three new categories will be introduced this year, celebrating adaptability in the industry, ‘Leader in low carbon economy’, ‘Outstanding responsiveness to COVID-19’ and ‘Leader in diversity and inclusion’.

Since November 2014, the Labor Government has provided more than $184 million in support to the manufacturing sector, creating more than 8,000 jobs and generating almost $2 billion in private investment.

Nominations for the awards close on Tuesday 31May and winners will be announced at the Victorian Manufacturing Hall of Fame Gala Dinner on Tuesday 26 July at Crown Palladium.

Manufacturers can nominate for the awards by visiting: business.vic.gov.au/halloffame.

“The awards showcase the best of the state and I encourage individuals and businesses to nominate and be recognised for their achievements.”

“Victoria’s manufacturing sector is a cornerstone of our economy, creating jobs while driving future growth and innovation.”

“These awards will recognise our brightest manufacturing talent and we’re proud to be backing an industry that is leading from the front.” 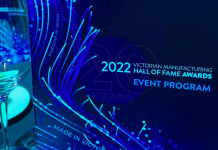 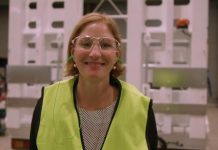 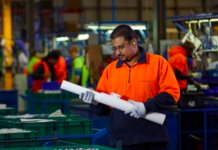 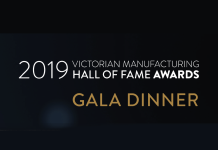 Top Manufacturers To Be Recognised In Hall Of Fame