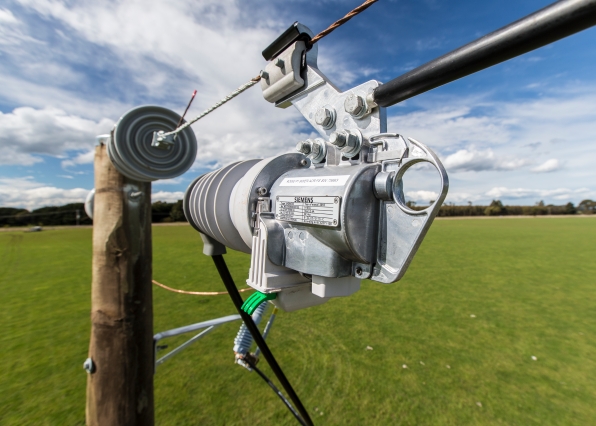 The factory will manufacture Fusesaver, an innovative home grown product that is helping to eliminate up to 80% of sustained electricity outages on rural networks in over 30 countries.

Siemens said it would invest $25 million over next five years into new factory to support local research and the manufacturing of Australian made smart infrastructure products for energy, such as the new Compact Recloser announced at the launch.

“Siemens is both global and local, which means that with Fusesaver we’ve been able to bring a brilliant Australian invention to the world – from start-up to scale-up,” Mr Connolly added.

“We’re one of the few companies that can say we’ve been operating in Australia for almost 150 years, we’re part of the fabric of Queensland but we also have the advantage of global reach as we operate in 190 countries. This is a great jobs story and great export story which makes me very proud.”

“The success of Fusesaver reiterates that Australia can be a competitive manufacturer and scale globally. We’ve already been able to take Fusesaver to 30 countries and that’s just the beginning. Energy security is a household topic at the moment and Brett Watson, one of the inventors of the product, and his team have created something that’s not only unique, but helps energy utilities deliver energy security especially in rural areas in Australia but also around the world.”

“Queensland has a proud history in developing smart infrastructure, including Fusesaver, which was invented in a garage in Slacks Creek before Siemens acquired it in 2012 and gave it a global platform for growth,” he stated.

“The fact that a product of Queensland innovation is now being exported to 30 different countries shines a spotlight on our state’s manufacturing capability and potential. This investment by Siemens represents a strong vote of confidence in Queensland’s manufacturing sector, which employs 170,000 people and contributes around $20 billion a year to the state’s economy.”