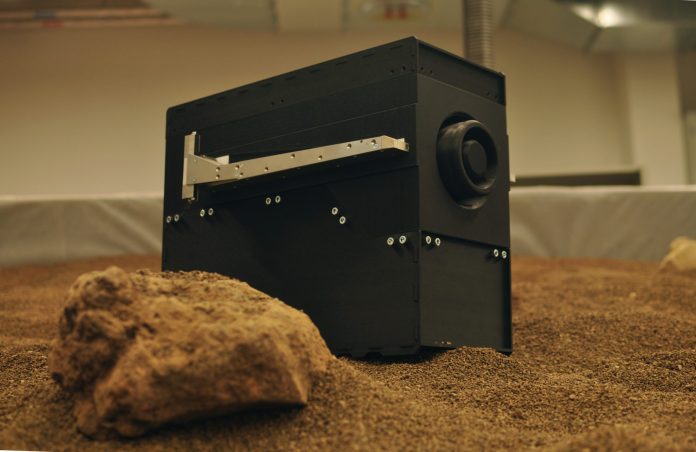 Stratasys announced that the Institute for Robotics and Mechatronics of the German Aerospace Centre is using its FDM 3D printing solutions for the production of a fully-working prototype of an exploration robot designed for unmanned flights to Mars.

Dr Kaj Fuehrer, Head of System Building Technology South, said this enables the team to test the design and functionality of the robot under simulated extreme conditions ahead of time.

“For us it was clear, a prototype made out of metal was too expensive and complex in production. Therefore the team decided on a 3D printed prototype, which is not only produced faster than the alternative out of metal, but also with less associated costs. The metal alternative also needs to be finished post-production – more work with additional costs,” Dr Fuehrer added.

“In the planning of this project, we always preferred 3D printing technology. It became evident to us that using 3D printing for the production of the TransRoPorter was truly the least expensive, fastest and most elegant solution. Everyone involved in the project is delighted with the outcome.”

To achieve the desired functionality of the prototype, the research team are 3D printing large parts in FDM thermoplastic materials.

Dr Fuehrer said the ASA material is ideally suited for testing the TransRoPorter prototype, allowing the team to produce a strong enough Box to contain all the technology safely within.

“It was extremely important that the fit was right, that the box could be mounted to the tracks and the docking port worked,” he explained.

“Utilising Stratasys FDM 3D printing technology, we found that the material basically has no distortion. The decision for ASA material was consciously made, as it is ideal for our purposes and handling.”

Andy Middleton, President Stratasys EMEA, said the company is proud to support the German Aerospace Centre in achieving its mission to Mars.

“The project is a prime example of how our FDM 3D printing technology and materials can enable designs to be tested quickly in extreme conditions, particularly important in aerospace where complex geometries are required and each part needs to be qualified,” he continued.

“We look forward to seeing how additive manufacturing will be adopted further along the development of the TransRoPorter.”

The TransRoPorter, which is made from the moveable TRP Rover-Unit (made to navigate in unstructured terrain), and the Payload-Module, (which carries spare parts, communication technology and scientific tools), is expected to launch ‘in four to five years’.