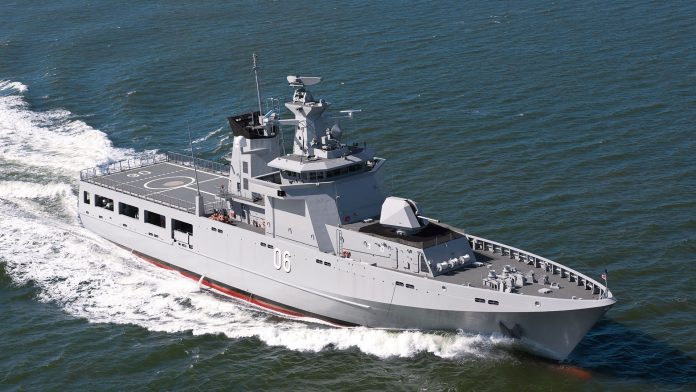 Tasmanian firm Taylor Bros has secured a major contract from Luerssen Australia for work on the OPV project.

Under the agreement, the family owned business will be involved in the design, production and installation of the accommodation spaces on Australia’s 12 Offshore Patrol Vessels.

“This marks the ongoing involvement of Taylor Bros in Australia’s continuous naval shipbuilding enterprise which has seen the company work on projects such as the LHD Amphibious Assault Ships and Air Warfare Destroyers.”

“This latest announcement provides Taylor Bros employee’s ongoing security and allows the company to retain its expertise in naval outfitting.”

The $3.6 billion project, which was awarded to Luerssen Australia in November 2017, will be delivered by Australian workers, in Australian shipyards, using Australian steel.

Minister Pyne said it would provide employment for up to 1000 Australian workers – 400 direct and 600 in the supply chain.

“Construction of the first OPV will commence this year at Osborne in South Australia using ASC,” he continued.

“The investment in our Navy, such as the OPVs, is a key part of the Turnbull Government’s commitment to a safe and secure Australia.”

“The OPVs will have an important role protecting our borders with greater range and endurance than the existing patrol boat fleet.”