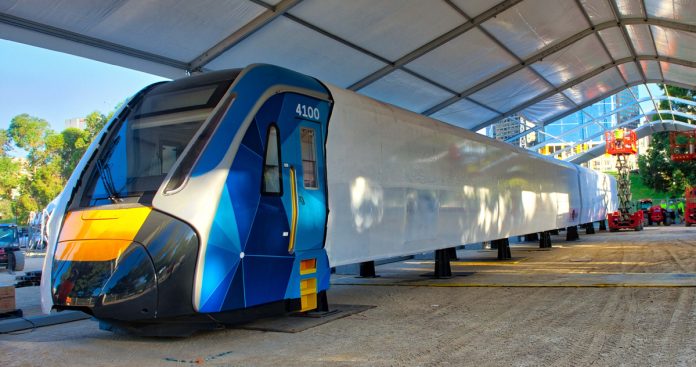 The Victorian State Government has presented the final life-size model of Melbourne’s new High Capacity Metro Train, which will be on public display at Birrarung Marr from 9 February.

Premier Daniel Andrews said Victorians provided 2,500 pieces of feedback on the design of the train over the course of 2017 – inputs which have led to 157 design improvements including better hand holds, extra priority flip-down seating and improved bike and pram zones.

“In just a few days, Victoria will get their first look at the biggest, most advanced train in Victoria’s history,” the Premier said.

“We’ve worked with passengers, drivers and the experts to get the design of the new trains right, and now we’re getting on with building them – to create jobs and a better transport network for Victoria.”

“Work is soon to begin to build 65 better trains – supporting local jobs and hitting the tracks in 2019.”

The trains will be built by the Evolution Rail consortium comprising Downer Rail, CRRC, and Plenary.