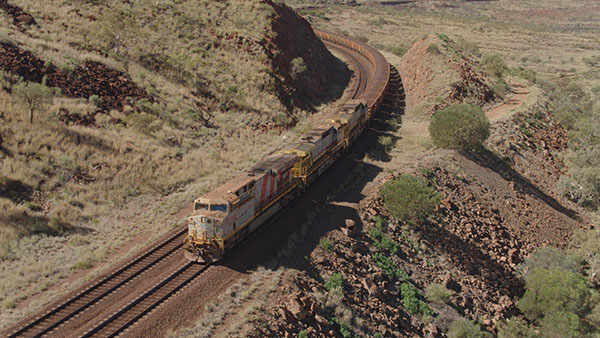 Rio Tinto has completed the first delivery of iron ore by autonomous train as part of its $940 million AutoHaul programme.

The autonomous train, which carried 28,000 tonnes of iron ore, travelled over 280 kilometres from Rio Tinto’s mining operations in Tom Price to the port of Cape Lambert, closely monitored by operators from the company’s Operations Centre in Perth more than 1,500 kilometres away.

The safe first delivery of iron ore by an autonomous train is a key milestone for AutoHaul,” he said.

“This programme symbolises both the pioneering spirit and innovative talents of many people across Rio Tinto and shows our absolute commitment to improving safety and productivity, as well as enabling greater flexibility across our operations.”

AutoHaul, which is on schedule to complete by the end of the year, is focused on automating trains transporting iron ore to Rio Tinto’s port facilities in the Pilbara region of Western Australia.

Once commissioned, the network will be the world’s first heavy haul, long distance autonomous rail operation, unlocking significant safety and productivity gains for the business, as well as optimising the company’s iron ore system by providing more flexibility and reducing bottlenecks.