A growing demand for food, both in international and local markets, has propelled several food companies in South Australia to hire more people in order to facilitate the strong sales.

PerthNow.com.au reports that key players in the SA food industry are saying that strongly growing sales have helped them create hundreds of new jobs this year. The improvement in employment follows several challenging years experienced by many food firms.

Meat processing company Thomas Foods International’s chief executive Darren Thomas said they are focusing on export markets because of the strong demand, which is at the highest they have ever seen in markets such as China, the US and the Middle East.

“We are in uncharted waters, particularly due to the demand from China, as we move into a new frontier for food,” Mr. Thomas said, quoted in the Perth Now report.

He reports that Thomas Foods has employed about 100 people this year and was enjoying a 10 percent sales growth in 2013, equivalent to more than $100 million. Thomas also called for the implementation of a national food plan to take advantage of the huge potential in sales.

Thomas Foods’ employment was also matched by kangaroo meat and gourmet game producer Macro Meats. The latter’s Managing Director Ray Borda said they have employed 100 staff in the past four months and the company is also enjoying growth in the overseas and domestic markets. Macro Meats also plans to expand its processing plant in Athol Park, according to the report.

Support from South Australian consumers has also been a key factor driving the sales of these food companies.

“There’s a pretty positive vibe at the moment due to a range of factors including awareness about the need to support SA food companies,” he said. “And we are reaping the benefits of innovation in changing our labels earlier this year.”

Meanwhile Russell Markham, Chief Executive of Foodlands Supermarkets validated the observations of the food manufacturers saying the demand for SA food products rose every year as more people become engaged with the fact that they should buy more local products. 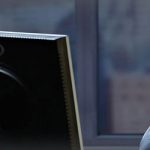 Are you looking for experienced accountants in Dandenong ?

zimsenpartners - July 20, 2015
Are you looking for accountants & business advisors in Dandenong? Zimsen Partners is a well known accounting firm based in Dandenong. Our professional team...

GE Oil & Gas’ new futuristic manufacturing plant in Italy will use robots and...