The State Government has put forward a $500,000 financial aid for capital upgrades in order to keep Simplot in Tasmania.

The company announced that it will continue to operate its Devonport plant and work towards reducing operating costs. According to the latest media release, the announcement was welcomed by Tasmanian Premier Lara Giddings and Deputy Premier Bryan Green.

The State Government has devised an assistance package to boost the company’s operating efficiency and enable it to reach self-sustainable levels in the long run.

“Today’s announcement will no doubt be welcomed by Simplot’s employees and surrounding farmers who supply the factory,” Ms. Giddings said.

“Simplot is a major employer and a key link in the supply chain for the Tasmanian vegetable industry.”

“We were not prepared to stand by and see the Devonport factory shut its doors, which is why we have put forward a $500,000 capital contribution to help upgrade the operation and reduce costs.”

“I have also written to the company proposing a whole-of-government approach to working through other issues affecting the business.”

Mr. Green has also poured criticism at the new Federal Liberal Government for failing to match Federal Labor’s $18 million package for Simplot, which, according to him, would have provided the much needed stability for the factory and its employees.

“New Liberal Member Brett Whiteley and the entire State Liberal team should be condemned for refusing to lift a finger to keep Simplot in Tasmania,” Mr. Green said.

“It makes a mockery of the Liberal Party’s promises to create jobs in this state and shows that they simply cannot be trusted stand up for Tasmania’s interests.”

Mr. Green pointed out that the State Government’s efforts to ensure the factory’s long term stability will not end here despite the positive announcement from the company’s leadership.

“We know there are still challenges ahead but we are working shoulder to shoulder with the company to look at ways of reducing costs and consolidating the company’s investment in Tasmania.”

The  future of the vegetable processing industry  looks bright following the announcement that Woolworths will source 100% of its frozen vegetables locally, with Coles set to do the same.

“Woolworths and Coles recognize the strength of Tasmania’s brand and our reputation for the highest quality produce,” Mr. Green said.

“Tasmania is capitalizing on its strengths in agriculture and that’s why the Government is continuing to invest in major irrigation projects around the State.” 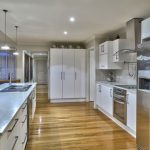 Install best quality Timber flooring in your home and office.

mikescarpets - December 18, 2014
Find Top quality unique carpets for your home in Australia. Browse through our large collections of timber, vinyl and rugs in Melbourne. Find complimentary...