EcoGraf Limited (ASX:EGR) has provided an update on its upcoming second materials facility in Europe following the Company’s successful capital raising for the completion of its first facility in Western Australia.

Combined with its soon-to-finish Australian facility, the Company forecasts to collectively produce up to 40,000 tonnes of battery graphite per year.

“This production is planned to cater to the expected growth in demand in Asia from the existing investment in battery manufacturing taking place in this region and to early product development requirements in Europe,” EcoGraf said in a release today.

EcoGraf said an “unprecedented investment” is currently underway to establish a self-sufficient and sustainable battery manufacturing supply chain for electric vehicles in Europe.

New legislative development and incentives have made investments in the EV supply chain across Europe increasingly attractive.

“As a result, and as part of its longer-term business plan, EcoGraf has been for some time evaluating the placement of a second battery graphite production facility in Europe to cater specifically to growth in demand in Europe,” EcoGraf said.

The upcoming European facility will share the same engineering design with the Australian facility to produce 20,000 tpa of battery graphite.

While the development location has not yet been finalized, EcoGraf revealed that it is investigating several locations in Europe – with 5 out of 20 locations in Germany as prime options.

EcoGraf is in talks with German Trade and Invest, Germany’s economic development agency, to invest in suitable sites. 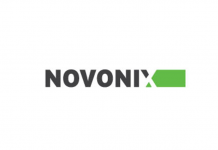 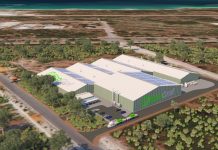 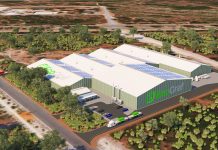 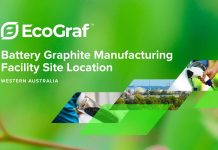 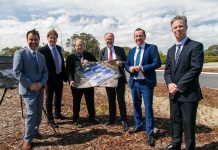