Military doctors aim to provide combat soldiers who go in harm’s way with no less a standard of medical care than they can expect at home. However, conventional, hospital-grade mobile x-ray machines are heavy (typically 400 to 600kg), power hungry and very hard to move around on uneven surfaces.

So, prior to the Rover’s development, only small-animal veterinary x-rays units were light enough to be deployed by military forces.

“Defence was looking for ways to bring the standard of deployable imaging up to that of first-tier acute hospitals and in 2016 we were contracted to see if our unique CNT x-ray technology could achieve this. The tests were completely successful and we showed that we could meet all the general radiology needs of a NATO Role 3 deployed medical facility. Product development followed trials at Enoggera Barracks in Queensland and with the US Army at Fort Detrick in Maryland we released Rover in 2020” says Peter Rowland, Micro-X Managing Director.

“Now we are under contract to supply Rover into the ADF’s new deployable medical facility as part of JP2060 – Phase 3 and the World Health Organisation has also bought Rovers for use in Pacific nations. We have FDA clearance and now our sights are on selling to other armed forces’ deployable hospitals, particularly the US where we will be conducting evaluation trials on bases later this year.”

Speaking of the awards, Ian Honnery, CEO of the ADMA Foundation Limited commented that the quality of the award submissions received this year are a reflection of both the excellence and ambition of Australian companies serving the country’s defence market.

“They also reflect the increasing attention paid by industry to export opportunities: a number of the entries are already very active in overseas markets” he added.

Rover weighs just 95 kg, operates for ten hours with a five-kilogram battery pack, has a high ground clearance and is ruggedised for military use. It uses state-of-the-art materials science to improve weight and performance, such as X-ray shielding using a tungsten filled polymer instead of lead, and a carbon fibre monocoque chassis.

The patented technology that makes Rover possible is inside the 1.5kg x-ray tube which replaces a conventional x-ray tube weighing more than 20kg.

Traditional x-ray tubes use a hot filament, like an old-fashioned light bulb, to generate the electron stream needed to make x-rays.

But Micro-X’s technology applies voltage to an emitter made from Carbon Nanotubes (CNT) to generate the stream of electrons instead, more like a LED and this is similarly more energy efficient and longer-lasting.

Not only are the devices much lighter, they produce a beam that can be controlled instantly and precisely by simply adjusting the voltage.

The award will be presented to Micro-X at Land Forces Brisbane expo which runs from 1-3 June 2021.

Land Forces, organised by the AMDA Foundation Limited, is Australia’s international land defence expo, showcasing equipment, technology and services for the armies of Australia and the Indo-Asia-Pacific 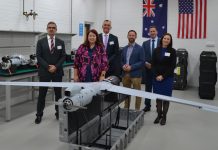 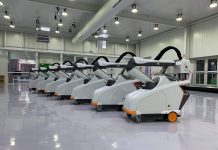 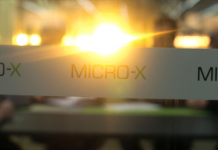 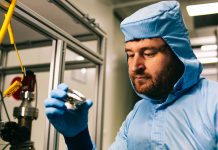 Austal to expand its commercial shipbuilding facilities in WA and Asia