Keilor Park-based Flight Data Systems has been awarded a $25,000 innovation grant by the Victorian Coalition Government to further its research and development activities and collaborate with the Royal Melbourne Institute of Technology (RMIT) in unmanned aircraft design systems in order to develop and test emergency parachute recovery equipment.

Flight Data Systems is an internationally recognised aerospace company that specialises in collaborative research and development in the aviation systems and defence sector.

According to the media release by the Premier of Victoria, the Business Research and Development Voucher, awarded under the Victorian Coalition Government’s Innovation Voucher Program, was presented to the company at their facility by Minister for Manufacturing David Hodgett.

“The program will enable the company to work with experts at RMIT in unmanned aircraft design systems. This collaboration will help develop and test emergency parachute recovery equipment. The outcome of the project will be a flight-tested prototype ready for production refinement and commercialisation. Such innovation is essential to ensure a strong future for Victoria’s aviation technology industry and its contribution to our economy.”

The $5 million Innovation Voucher Program was introduced in 2013 by The Victorian Coalition Government and is intended to assist small to medium-sized companies undertake more research and development.

“By liaising with the Victorian Government Business Office in the western metropolitan region, Flight Data Systems has become one of 140 companies that have received vouchers. More than 100 research and development service providers, including Victorian universities like RMIT, have also signed up as suppliers under the program,” said Mr Hodgett.

“Flight Data Systems operates in the highly specialised field of aviation systems and defence to directly benefit the Victorian economy by generating annual revenue of over $10 million. Its customers include more than 500 companies throughout the world.” 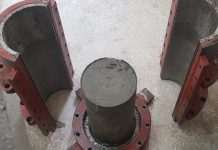 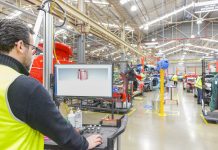 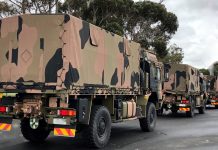 Arup continues to push the limits of 3D printing for construction