Micromet, an Adelaide-based manufacturing company, has received a $20,000 grant from the State Government’s Export Partnership Program for job creation.

The water management company has a workforce of 12 but as the international demand for their products grows, it hopes to create 75 new jobs at its manufacturing facility.

“I’m pleased to assist companies such as Micromet, which has added two people to its workforce and plans to expand further by the end of the year. Micromet’s innovative water management technology is gaining attention overseas, and it has the potential to create up to 75 manufacturing jobs in South Australia in the future,” said Minister for Investment and Trade Martin Hamilton-Smith.

“Water management is a global challenge, with South Australian industry well placed to deliver its technology and expertise to the world, generating millions of dollars for the state’s economy. We are now beginning to see how our trade and investment missions into China, India, and South East Asia are benefiting local exporting businesses like Micromet. We have an opportunity to position the state as a leader in water management solutions and provide some much-needed assistance to fast growing regions.”

“We appreciate this support from the government, as it will help us focus on building our export business with new targeted marketing materials and web content,” said Micromet CEO Jim Townsend.

“We have succeeded in selling several machines locally and have already obtained export orders and a process certification from Canada. We are hopeful of a successful expansion into the South East Asian market, based largely on the government’s recent trade missions.”

The State’s headline unemployment rate for September is 7.7 per cent, down from 7.9 per cent, according to Australian Bureau of Statistics Labour Force figures released yesterday. 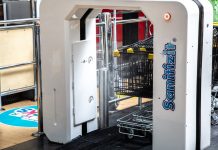