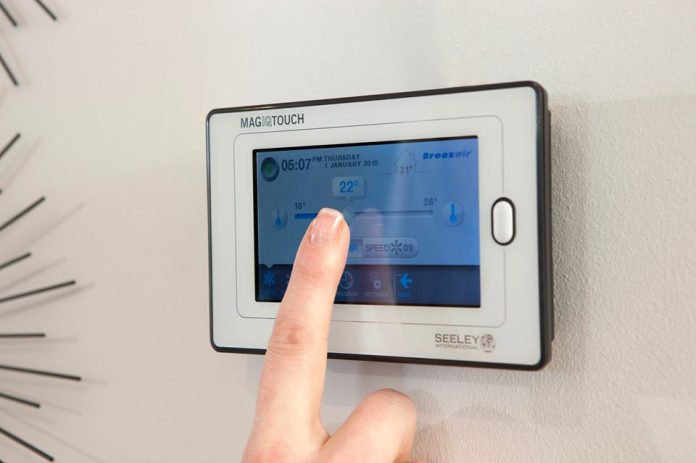 The CW3 Dual System embraces the award-winning pedigree of Climate Wizard technology, which delivers on the growing concerns that people have, to access fresh, clean air, and at the same time, to combat rising energy costs.

The company’s Executive Chairman, Mr Frank Seeley AM FAICD, said the CW3 is in a class of its own judging by the way it heats and cools a home.

“The existing refrigerated air conditioning technology is based on 100-year-old thinking, and in principle, little has changed over that time until now,” Mr Seeley said.

“Seeley International has transformed the old air conditioning paradigm, with the Climate Wizard Dual System air conditioner – the CW3 – which delivers the ultimate in comfort, and combines heating and cooling with unrivalled total energy efficiency.”

He said the company went to great lengths to strike the optimal balance between functionality and design when developing the CW3 Dual System.

“People told us they want low running costs as a priority, combined heating and cooling that operates effectively in humid conditions, and fresh air delivered into the house through common ceiling ducts,” Mr Seeley continued.

“Based on the success of the commercial Climate Wizard globally, the transformative powers of this technology have been enhanced by making the technology more compact, and delivering both heating and cooling in the one system, for the immense residential market. The new CW3 Dual System delivers year-round comfort and energy-efficiency never experienced before.”

According to Seeley International, the CW3 operates for only up to half of the year-round energy costs of running reverse cycle systems, for total heating and cooling.

“When in cooling mode it delivers 100% fresh air while achieving low cooling temperatures that, in the past, could only be achieved by reverse cycle systems, all while being conveniently managed by the intuitive MagIQtouch touch-screen controller,” the company said in a statement.

“The CW3’s cooling system uses MicroCore™ technology – the secret to hyper-efficient cooling. The outdoor unit is positioned on the roof, delivering cool fresh air via ceiling ducts, providing filtering of the air for dust, dirt and allergens, while the cooled air is replaced 10 times an hour, compared to many other systems, which typically recycle stale air when in cooling mode.”