A new study conducted by Hydro Australia has found that pumped hydro could generate up to 4800 MW of potential capacity across Tasmania.

The study is backed with $300,000 in funding from ARENA, which has to date committed up to $2.5 million for Hydro Tasmania’s ‘Battery of the Nation’ initiative that aims to draw up a blueprint for how Tasmania’s renewable resources are developed over coming decades.

ARENA CEO Ivor Frischknecht said the findings demonstrate that Tasmania can make a significant contribution in large-scale storage for the mainland.

“As Australia’s renewable energy make-up continues to grow, energy storage will be increasingly necessary, which is why this project is so important,” Mr Frischknecht said.

“Tasmania has been identified as the Battery of the Nation for a reason, as it has some of the best wind resources and existing hydro-electric power.”

“Unlocking most of these opportunities requires additional interconnection, which is why ARENA is also working with TasNetworks to assess the feasibility of a second interconnector.”

Hydro Tasmania CEO Steve Davy said  although the 14 high potential sites have a combined capacity of up to 4800 MW, this is likely to be refined down in the next phase to around 2500 MW of reliable and cost-effective pumped hydro potential.

“Battery of the Nation is about locking in our island’s energy security and giving Tasmanians the lowest possible power prices. It offers a future that’s clean, reliable and affordable,” Mr Davy continued.

“Doubling Tasmania’s clean energy would also create a surplus, beyond our own needs, to support mainland Australia. That’s crucial to replace the coal power that’s being phased out.”

According to the study, the estimated capital cost across the potential projects is in the region of $1.1 – $2.3 million per MW. 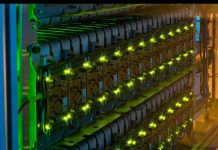