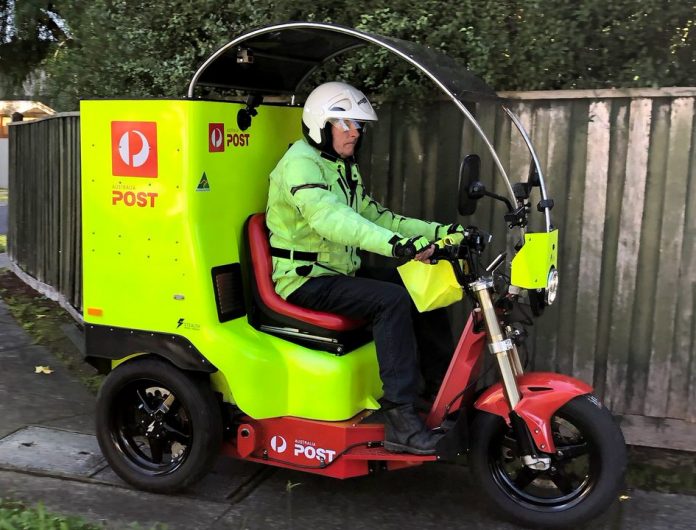 Australia Post has announced the trial of a new Australian-built three-wheeled electric delivery vehicle in a bid to complement existing electric vehicles in operational use.

Built in Melbourne’s south-eastern suburbs, the new Stealth OzPOD has a carrying capacity of up to 720 litres and can travel up to 50 km/h.

It will service residents in the suburb of Lilydale over a five-week period, allowing Australia Post to review the vehicle’s performance and identify where it can be introduced.

“We know that residents in Lilydale love online shopping. Health and beauty, fashion, and media are the most popular purchases among residents within the trial area,” Mr Buxton continued.

“The Stealth OzPOD has been developed over the past two and a half years, and is designed to cater for Australian conditions, with added safety and stability, wet weather, and gradient and surface measures.

“As our business continues to transform, we are equipping our posties to deliver more small parcels. In February we announced an order of 1,000 Swiss-built three-wheeled electric delivery vehicles, so this trial is another example of how we are looking at ways to keep our posties delivering for Australians and supporting local manufacturing businesses.”

400 Jobs Lost As Another Auto Parts Manufacturer Shuts Down, Indefinitely