Minister for Industry and Higher Education Kim Carr strongly believes in the future of car manufacturing in Australia.

In an interview with the Herald Sun, Minister Carr shared his plans to have discussions soon with car manufacturers Toyota and Holden about their “future in Australia”.

“I’m strongly of the view we can have a viable auto industry if we have the right policy settings,” he said, quoted in the article on The Herald Sun.

Last week returning Prime Minister Rudd reappointed Carr to the Ministry of Innovation, Industry, Science and Research, the department he previously headed from December 2007 to December 2011, before he was replaced by Greg Combet. He also held the position of Minister for Manufacturing from December 2011 to March 2012.

According to the Herald Sun article, Mr. Carr says he would focus on programs that will bring together the innovation in universities, research labs and factories.

“It is to provide ways where white coat meets blue collar,” he said about his idea which he hopes will revive the struggling sector and create high-skilled jobs.

During his first term as Industry and Innovation Minister, Carr helped initiate the Green Car Innovation Fund that provided assistance to Australian companies for projects that enhance the research, development and commercialisation of Australian technologies. The efforts aim to significantly reduce fuel consumption and/or greenhouse gas emissions of passenger motor vehicles.

As the new Higher Education Minister, Carr said he will also look into the possibility of reversing the $2.3 billion cuts to universities which were announced by former Minister Craig Emerson.

“Everyone who wants to go to university and has the ability should be able to do so, but without reducing the quality of that education,” he said.

The move to appoint Carr to the role of Higher Education Minister was welcomed by the higher education and research sectors.

Vicki Thomson, executive director of the Australian Technology Network says the new Minister has already demonstrated a strong commitment and deep understanding of the role Australian universities must play in the national and international innovation agenda. 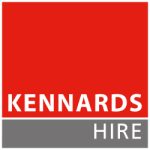 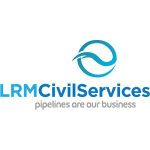 AM News - September 13, 2020
LRM Civil Services are specialists in constructing pipelines in areas that are inaccessible to conventional construction techniques with 55 years of Experience.

Hershey to debut no artificial flavour chocolate this Christmas