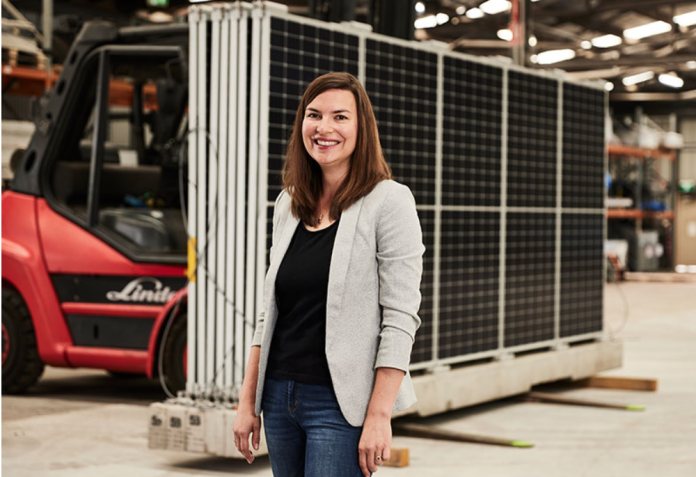 5B has received $14 million in support from the Australian Renewable Energy Agency (ARENA) to help automate its unique utility-scale solar array, 5B Maverick.

The 5B Maverick was introduced in 2017 as a modular, prefabricated solar array that can be produced and pre-wired in a factory before being placed quickly and safely in the field.

5B’s $33.4 million initiative, with ARENA’s help, will construct a high-volume, scalable, and mostly automated manufacturing line at its Mascot headquarters.

5B is also developing a GPS Guided Deployment (GGD) field robotic system to automate the process of deploying the 5B Maverick in order to improve speed and reliability.

The company recently launched a higher capacity 50 kWDC 5B Maverick, designed for the 550 W module class, which is the workhorse of the utility-scale solar sector. The 5B Maverick has been used in 52 projects with a total capacity of over 32 MW in Australia, the United States, Latin America, and India.

ARENA CEO Darren Miller said the funding for 5B would “help reduce the cost of solar”.

“While solar PV and wind are recognised as the lowest cost form of generation in Australia today, further cost reductions are required to optimise Australia’s transition to renewable electricity and to enable emerging industries such as renewable hydrogen and low emissions metals,” Mr Miller said.

“5B is an Australian success story at the forefront of solar innovation. Having started in 2013, they are now becoming leaders in locally manufactured ultra low cost solar products that could reshape our solar industry and achieve our important aim of 30 cents per installed watt at utility scale by 2030.”

5B Chief Operating Officer Nicole Kuepper-Russell stated: “The world needs massive scale, ultra low cost solar power fast and this funding will accelerate the delivery of that. It gives us the opportunity to build Australia’s reputation as a clean energy superpower, exporting cutting edge clean technology to the world.”

Total Plant Management 2016 is back for its 7th year in Melbourne on the...