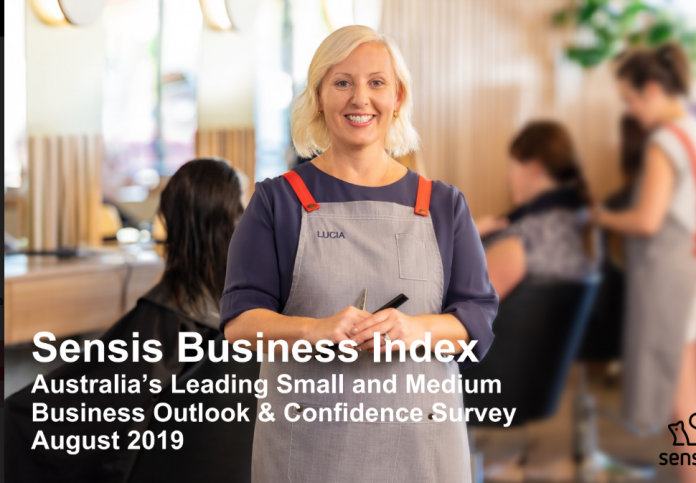 The August 2019 Sensis Business Index has found that more than half of Australia’s small business are confident in their prospects over the next 12 months, with Tasmania (63%) leading the pack.

The report, which surveyed 1,019 SME owners or managers across metropolitan and non-metropolitan regions throughout Australia, has revealed that one in three business owners and managers believe the economy is slowing down and one in two believe it is at a standstill.

Overall, according to the report, 22% of businesses expect an improvement in the economy over the next 12 months and 30% believe the situation will get worse.

As mentioned above, Tasmania is the most confident state with 63% of businesses expressing confidence in their prospects, followed by Queensland at 60% and Victoria at 58%.

South Australian businesses, on the other hand, are the most concerned, with 24% expressing fears about the economic slowdown, while 21% of businesses in both NSW and Western Australia also expressed concerns about their future prospects.

The report also found that metropolitan businesses (58%) are feeling more confident than their regional counterparts (52%).

Figures indicate that more than half of metro SMB owners and managers (52%) expect ‘significant or moderate expansion’ in the coming 12 months, 7% higher than the regional average.

Nationwide, 37% of businesses believe excessive ‘red tape’ is stifling their growth. Victorian businesses (41%) were the most vocal about the red tape issue, followed by their NSW counterparts (35%).

At the state level, only one in five Australian small businesses believe that state policies are supportive of small business with ACT businesses leading the pack ahead of their counterparts from Tasmania and NSW.

Another key finding suggests that less than one in three Australian small businesses applied for the $30,000 instant asset write-off introduced by the Federal Government this year due to lack of funds and spending as a deterrent.

The report notes that the manufacturing and building industries were the only two industries that took advantage of the scheme.