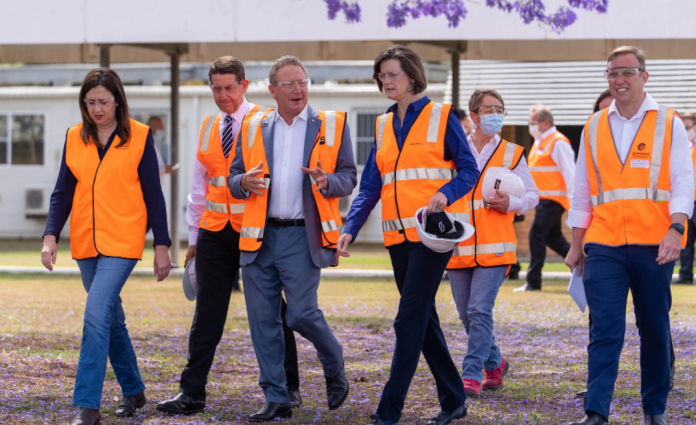 This is the second major announcement by FFI this week in Queensland, following an announcement to establish the world’s largest electrolyser, renewable industry and equipment manufacturing centre, the Global Green Energy Manufacturing Centre (GEM), at Gladstone.

According to FFI’s statement, the study will investigate whether industrial scale manufacturing of green ammonia at Gibson Island is technically and commercially feasible on an existing brownfield site.

It will also investigate building a new water electrolysis facility on the site to produce around 50,000 tonnes of renewable hydrogen per year, which would then be converted into green ammonia for Australian and export markets.

“The project, if successful, will safeguard several hundred manufacturing jobs in Queensland, in addition to creating a new domestic and export market for green, renewable ammonia,” reads the statement.

“The resulting green ammonia could also provide a low-carbon fuel supply to the Port of Brisbane and Brisbane airport.”

Incitec Pivot Managing Director & CEO Jeanne Johns said the study was a crucial step in contributing to Australia and Queensland’s potential as a green ammonia powerhouse.

“By investigating the re-purposing of Gibson Island, we can make use of the existing manufacturing plant infrastructure, our established production capabilities and our highly skilled workforce,” Ms Johns said.

“If feasible, this project would sustain highly skilled manufacturing jobs at Gibson Island and allow us to leverage our existing capabilities and assets to create a thriving renewable hydrogen ecosystem in Queensland,” Ms Johns said.

“This feasibility study aligns with our vision to incorporate leading technology, our world class manufacturing expertise and green ammonia to produce sustainable products with a lower emissions footprint for domestic and international customers.”

Preliminary results from the feasibility study are expected to be available at the end of the year.