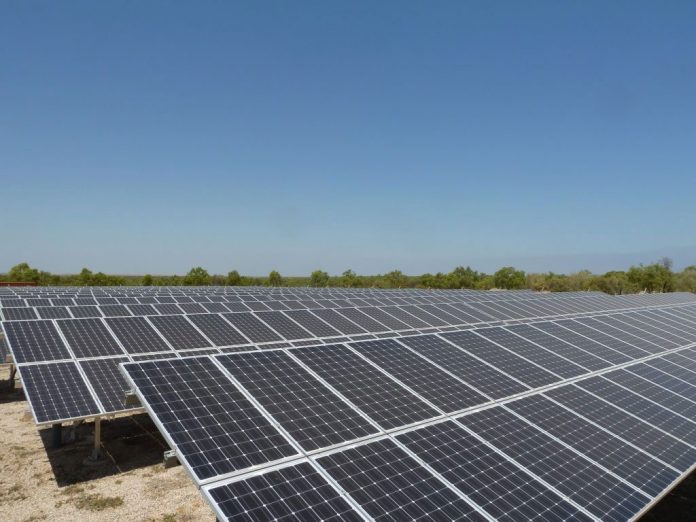 ARENA has announced the start of construction work on Tranche Two of the $59 million Solar Energy Transformation Program (SETuP) project which aims to transform the delivery of electricity in remote off-grid communities throughout the Northern Territory.

The project, which is jointly funded by the Northern Territory Government and managed by Power and Water Corporation (PWC), is designed to create a platform for greater use of renewable energy in communities in the future.

Tranche Two, which is expected to be completed by November, involves the roll out of 5.6 MW of solar PV to a further 17 communities across the Territory from Finke near the South Australian border to the Tiwi Islands.

Once completed, it will see the SETuP program provide 10 MW of solar photovoltaic power into the energy mix of 28 remote off-grid communities across the NT.

ARENA CEO Ivor Frischknecht said Tranche Two will further reduce the reliance on diesel, create job opportunities in remote communities and provide renewable energy which can be expanded in the future.

“As the largest roll out of solar PV to remote communities, this is a significant achievement that is four years in the making and one that ARENA is extremely proud to be supporting,” Mr Frischknecht said.

“Each community will be operationally and technically ready to plug in more solar and storage as costs of renewable technologies fall. Over time, this could lead to very high percentage renewable power, driven by the lower cost of renewable energy.”

Power and Water Chief Executive Michael Thomson said the project demonstrates how delivery of cost-effective, renewable energy may be employed to provide reliable power to remote communities, where both energy demand and costs are high.

“As these hybrid systems combine existing Power and Water assets with clean technologies, we are able to ensure service remains consistent while making a 15 per cent saving on diesel fuel.”

Logistics leaders must drive sustainability of the industry, as freight volumes continue to grow...