Queensland’s publicly-owned energy generator and retailer CleanCo has ventured into a partnership with the Scentre Group to deliver renewable energy to the group’s Westfield centres in the state.

Mick de Brenni, state minister for energy, renewables, and hydrogen, said the deal is another major step for renewable energy made and delivered in Queensland. It also supports the state’s goal of generating 50 per cent renewable energy by 2030.

Clean energy will be made in the Western Downs Green Power Hub, Kaban Green Power Hub, and the Dulacca Wind Farm, where CleanCo has power purchase agreements in place. Overall, the projects are expected to create more than 850 jobs, with the majority in regional areas.

“This deal is further proof of how our publicly-owned CleanCo is getting on with the job of connecting businesses in Queensland to clean, reliable energy from Queensland renewables and helping decarbonise our economy,” de Brenni added.

Elect Elliott Rusanow, CEO of Scentre Group, said sustainability is at the forefront of the company’s growth strategy.

“The agreement with CleanCo will enable us to deliver our 50% emission reduction target by 2025 and is part of our plan to get to net zero by 2030,” Rusanow said.

“Agreements like this one with Scentre Group underpin our own target of bringing 1,400 MW of new renewable energy into the market by 2025 while supporting the Queensland Government’s 50 per cent renewable energy by 2030 target,” said Tom Metcalfe, CEO of CleanCo. 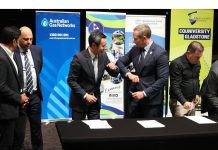 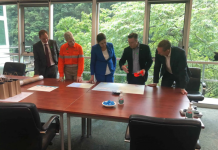 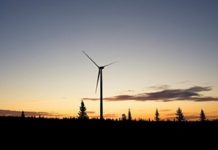