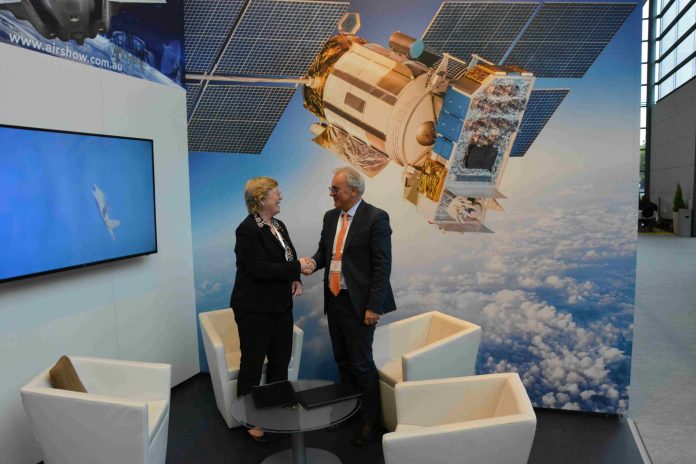 The Australian Space Agency has signed a statement of strategic intent with Sitael Australia, a subsidiary of Sitael S.p.A, the largest privately-owned space company in Italy.

Signed during the 69th International Astronautical Congress (IAC2018), the initiative is aimed at enhancing the capability and competitiveness of the Australian Space sector by investing in Small Satellites manufacture in Australia, Operations and Ground Segment capabilities and through strategic Space technology research and development.

Sitael recently set up its headquarters in Adelaide, becoming one of the leading local companies in the design and manufacture of satellites of up to 300kg.

Minister for Industry, Science and Technology Karen Andrews welcomed the signing, saying it would further drive Australia’s position in the global space race and assist in growing the country’s share of the world’s space economy, estimated to be worth around US$345 billion.

“The Coalition Government established the Australian Space Agency to grow our space sector, helping to create more Australian jobs and inspiring the next generation of the workforce.”

Head of the Australian Space Agency, Dr Megan Clark AC, said Sitael will establish in Australia the capability to design, build and test small satellites up to 300 kg for a broad range of missions including Research and Development, Communications, Earth Observation and Remote Asset Management.

“This initiative aims to solve communications challenges that will provide enhanced connectivity, navigation improvements and monitoring of our country and its resources.”

“Sitael is proud to be part of the growing space ecosystem in Australia, delivering growth and jobs in advanced manufacturing and innovation in cutting edge space technology development,” he concluded.

Carbon majors need to be responsible for their emissions: UNSW report