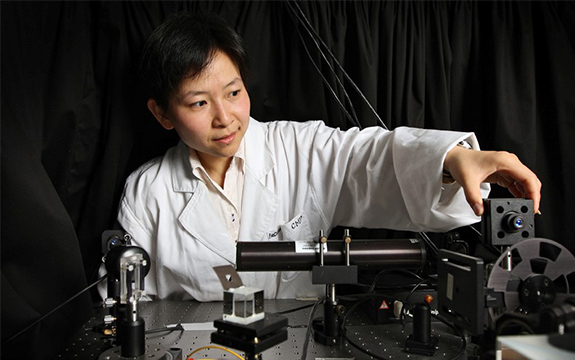 Swinburne researchers have secured a $3.45 million government grant to continue their development of commercially viable and chemical-free batteries using graphene – one of the lightest, strongest and most electrically conductive material known to mankind.

Swinburne Research Leader Professor Baohua Jia said the project involves the production of a graphene oxide-based supercapacitor, which will be the world’s first alternative to lithium ion batteries (LIB).

“The battery is very thin, it is carbon based and it is environmentally friendly,” Professor Jia said.

“We filed a patent on the technology last year.”

Earlier this year, Swinburne opened the world’s first graphene certification centre which is focusing on developing graphene to the point where it will meet strict quality guidelines and be ready for use in large-scale manufacturing.

Director of the Manufacturing Futures Research Institute at Swinburne, Professor Bronwyn Fox, said the work being done at the centre will address some of the issues that are preventing graphene from becoming industry standard, such as the unreliable quality and the lack of manufacturing processes.

“We’re doing everything here at Swinburne from the very fundamental research right through to the translational industrial research in Graphene,” Professor Fox continued.

“Smart materials use graphene coated fibres and fabrics that will sense and communicate data.”

The project received the funding as part of the fourth round of grants awarded under the CRC-P stream of the overarching CRC Program.