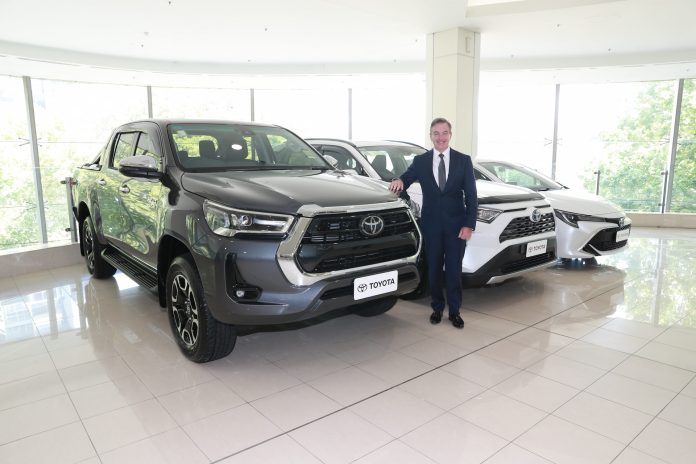 Toyota is the only brand to sell 200,000 vehicles in a single year, having done it in each of the last ten years.

The Toyota Corolla (28,768 sales) is the best-selling passenger car in the United States, a title maintained for the past nine years.

“We are progressively upgrading our range with vehicles that have new levels of connectivity, advanced safety features that are moving ever-closer to autonomous driving, shared services like KINTO and a rising number and widening range of electrified vehicles,” said Vice President Sales, Marketing & Franchise Operations Sean Hanley in a media release.

“For 2022, given what we know right now, our target is to increase sales beyond last year’s total and maintain our market share above 20%. We will freshen our existing line-up with the upgraded RAV4 range early this year, the Corolla Cross SUV and second-generation GR86 sports car in the second half, an update to the 70 Series workhorse, and we will also announce launch timing for our first BEV, the bZ4X SUV.”

In addition, Toyota‘s contribution to its communities in 2021, included: