Scientists from the University of New South Wales have developed a molecular “vice” capable of binding methane for hours. The latest innovation is expected to inform further research on storing, transporting, or transforming natural gas into methanol and avoid wastage.

The “osmium-methane” complex can bind methane much longer than the current standard of microseconds, allowing for further analysis, such as nuclear magnetic resonance (NMR) spectroscopy, in order to create potential new catalysts to transform methane.

James Watson, lead author publishing in Nature Chemistry, said the team discovered that methane will interact with an osmium-metal-centred species, forming a stable osmium-methane complex. “Our complex has an effective half-life of around 13 hours. This means that it takes 13 hours for half of the complex to decompose,” Watson added.

The NMR analytic technique requires a sample to exist for more than a few minutes, which was something unfeasible with the previous metal-methane complexes formed from molecular methane.

Large volumes of methanes are burned around the world as wastage, which led to 265 million tonnes of carbon dioxide emissions in 2020, according to co-author Associate Professor Graham Ball.

“One way of converting methane to liquid fuels is through the use of catalysts that contain transition metal elements,” Ball said.

The researchers also noted that the osmium-methane complex marks a milestone toward the conversion of methane into other compounds. 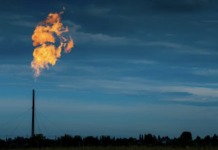 Binding methane with metal: a new hope for recycling the potent fossil fuel