SAGE Automation announced that it will be moving its South Australian office to the Tonsley innovation precinct in 2017.

“The move, supported by the South Australian Government, aligns with our focus on agility and efficiency within our business,” the company said in a press release.

SAGE will also relocate its manufacturing facility to the 61 hectare Tonsley site which was developed to be a hub for companies involved in high-value manufacturing, cutting edge healthcare, assistive technologies, cleantech and renewable energy, software and simulation as well as mining and energy services.

“Our manufacturing facility will also be re-located to Tonsley and enjoy a layout which continues the lean concepts which have already delivered efficiency improvements for some years now,” reads the press release.

“The workshop space will be centered around a smart flow of materials and also feature easy access for panel transportation.”

The Tonsley site, which is located only a few minutes from the company’s current site in Melrose Park, boasts ample parking, access by public transport as well as a number of catering and leisure facilities.

The site is already home to a number of industrial pioneers including Siemens, Signositcs, Micro-X, Innovyz, Simulation Australia, ZEN Energy Systems and more. 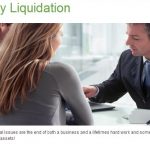 katerichards - March 16, 2015
If you live in the Brisbane area and think you need to appoint a liquidator for your business then call us before you do....

Australian Made appeals to shoppers to buy local this Easter