Manufacturing is increasing employment opportunities for women, with some regional areas achieving the sector’s highest ratios of female employment.

“October is the Month of Manufacturing in Queensland and its success as a major employer of Queensland women is one reason the industry has a lot to celebrate,” Mr Dick said.

“Manufacturing employs around 170,000 Queenslanders and, on a statewide average, around one in four of these workers are women.

“Achievements are continuing to be made in creating more opportunities for women in manufacturing and along the supply chain manufacturers support.

“In particular, some of Queensland’s regions are achieving higher rates of employment for women in manufacturing.

“Both north-west Queensland and central Queensland have achieved ratios well in excess of the state average,” he said.

“Figures for the year to September show in the north-west 71.4 per cent of the manufacturing workforce is female, and the rate is 41.7 per cent in central Queensland.

“The Palaszczuk Government is assisting the manufacturing sector to create more Queensland economic growth and jobs, and exploring gender-equity opportunities is one of our initiatives through our Women in Manufacturing program.

“Women in Manufacturing hosts events, in conjunction with Australian Industry Group, highlighting the contributions women make to the industry, including in areas utilising science, technology, engineering and mathematics.”

Australian Industry Group Queensland Member Executive Mel Ireland said women are one of the largest pools of untapped talent the manufacturing sector can invest in to assist in increasing innovation and profitability.

“The women who have shared their manufacturing experiences with us over the course of these events have been both inspiring and encouraging,” Ms Ireland said.

Manufacturer Knauf Plasterboard employs 40 workers in their Bundaberg facility, which opened in 2017.

“We encourage the participation of women in manufacturing and are part of initiatives to promote their involvement in the workplace.” 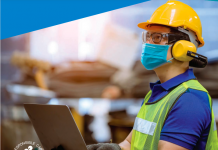 Blinds on The Net

Property Services AM News - October 19, 2020
Want to buy blinds online with cheap prices? We offer the best discount blinds you can find on the internet. Shop Now with Free Delivery Australia - Wide! 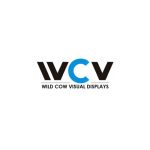 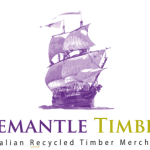