Austal’s Andrew Bellamy will step down from his roles as Managing Director and CEO of the global ship contractor after five years of service, the company’s Chairman, Mr John Rothwell announced yesterday.

His successor, Mr David Singleton, will commence full time as CEO-designate from the beginning of February and will formally assume the role on 4 April 2014.

“Mr Singleton has a good understanding of Austal, having served as a Non-Executive Director on the Austal Board since December 2011,” the company said in a statement to the ASX.

David Singleton’s biography includes four years as CEO of Alenia Marconi Systems (AMS), a defence and civil electronics joint venture company between BAE Systems and Finmeccanica that had a turnover of 1.4 billion euros and employed 7,500 people across Italy, the UK the USA and Germany.

He also held numerous other senior roles with BAE Systems – including the position of global head of strategy – highlighting his extensive leadership credentials in international defence contracting.

Chairman Rothwell congratulated Mr Bellamy on his achievements during his 5-year spell at Austal and wished him well in his future endeavours.

“I’d like to acknowledge the outstanding efforts on Andrew during his tenure with Austal. He has grown the business impressively over that period with revenue increasing threefold and record profits reported,” Mr Rothwell said.

“He leaves the business with a strong balance sheet having reduced debt by more than 505 and establishing a net cash position. Austal is extremely well positioned for further growth in both Australia and the US.”

He also congratulated Mr Singleton on his appointment as the CEO-designate, adding that his experience would help propel the business to new heights.

“At the same time, it is pleasing to be able to announce David Singleton as the CEO-designate. We have long considered David a logical successor, he has a strong working knowledge of our operations, extensive expertise in civil and defence contracting, a broad knowledge of the defence sector – including naval systems – and support, as well as his CEO experience at ASX-listed companies,” Mr Rothwell said.

“He has also worked closely with Andrew in the development of our strategy and is committed to the ongoing implementation of this as we further grow Austal’s operations.” 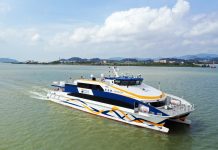 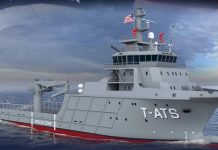 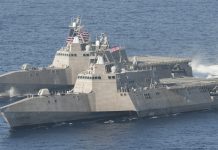 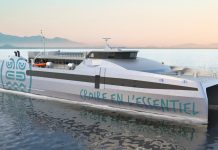 PACIA welcomes growth agenda agreed at the G20 in Brisbane