Stanmore Coal’s $90 million Isaac Downs mining project is set to provide hundreds of jobs and a regional economic boost to Central Queensland, after it has been declared a prescribed project.

“As we implement Queensland’s plan to strengthen our economy in the wake of the global coronavirus pandemic, projects like this have the potential to play in important role for regional Queensland,” Mr Butcher said.

“Pending all necessary approvals and Stanmore Coal’s business plans, project construction could begin as soon as early 2021 with the mine possibly becoming operational in mid-to-late-2021.”

“The project will enhance ongoing employment and community opportunities in the local district in a business environment affected by COVID-19,” Mr McCabe said.

“The prescribed project declaration will assist in securing timely approvals for the project, whilst providing high standards of environmental protection.”

“While the construction and operational phases are likely to see workers drawn from a wide area of Queensland, we look forward to seeing economic benefits flow for the Isaac Region as well.”

“All mining projects must go through a robust and comprehensive assessment process but it is good news that this project is a step closer to coming to fruition.”

The metallurgical coal project is located in the Bowen Basin, about 10 kilometres south east of Moranbah. It is expected to produce a total of approximately 35Mt of ROM coal over 16 years. 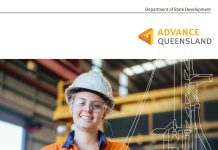 BMA to let off 700 jobs at their Queensland mines