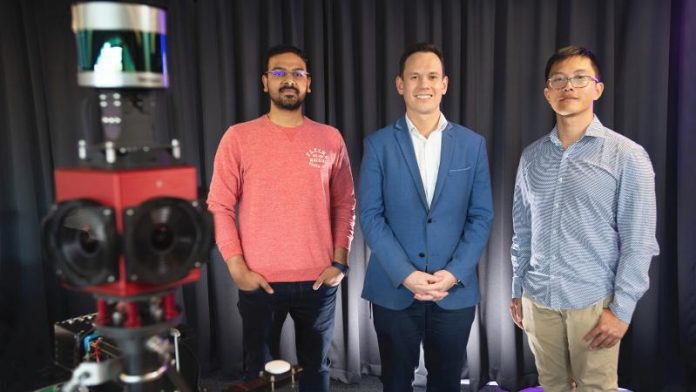 Researchers from QUT’s Centre for Robotics are collaborating with Ford Motor Company on a new fundamental research initiative that aims to improve autonomous vehicle localisation and perception techniques.

The study will investigate how cameras and LIDAR sensors, which are commonly used in autonomous vehicles, can better perceive their surroundings. Professor Michael Milford will lead the two-year, A$271,000 project’s research team, which comprises QUT Research Fellow Dr Sourav Garg and PhD candidate Ming Xu.

“QUT’s Centre for Robotics has extensive experience in the areas of robotic vision and navigation, and this research project is a terrific opportunity to bring that expertise to a project with a leader in the automotive industry,” Professor Milford said.

“We’ll dive deep into research developing the algorithms and artificial intelligence systems that could improve the capabilities of autonomous vehicles. In particular, we’ll be looking at the synergistic relationship between autonomous vehicles and the world around them.

The project will be headed by Dr Punarjay (Jay) Chakravarty, on behalf of the Ford Autonomous Vehicle Future Tech group. Ford and QUT will collaborate to figure out how to lower the cost of autonomous vehicle technology adoption by lowering the cost of sensing and computation using cutting-edge Deep Learning technology.

The partnership, according to Richard Taube, Ford Australia’s Manager of University Programs, “highlights the vital role Australian universities play in working with industry to innovate and advance technology.”

The collaborative research is a natural fit for the QUT Centre for Robotics, which has a long history of striving to better understand autonomous vehicle technology, particularly in the field of perception and localization systems.

Professor Milford has worked on mining-related autonomous vehicle projects as well as a project that required taking an artificial intelligence system on a road trip to determine the critical role that high-definition annotated maps could play in autonomous driving on Australian roads.