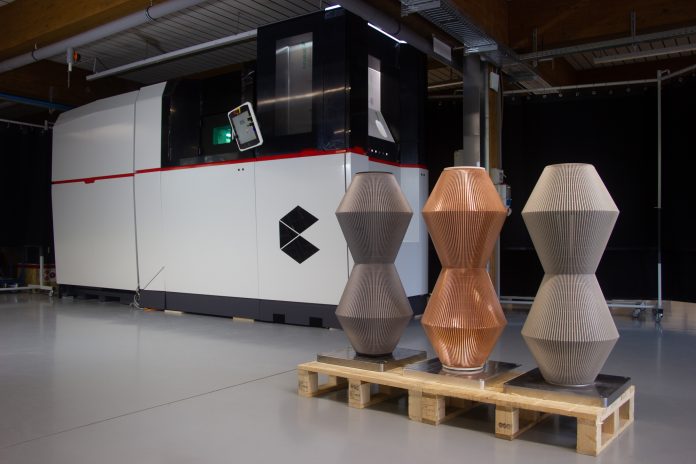 The M4K-4, which is a stretched and widened version of the EOS M400-4 printer, uses four 1kW lasers to print single-unit components with dimensions of 450mm x 450mm x 1m.

Sintavia – one of the largest rocket printers in North America – said it would use the new machines to expand its portfolio of thrust chamber design and manufacturing for the rapidly growing commercial space industry.

“Since the acquisition of our first M400-4 three years ago, Sintavia has devoted tremendous resources to developing successful and repeatable operating procedures for the quad laser printing of extremely thin walls, such as those found in the thrust chamber of a rocket,” said Brian Neff, Sintavia’s CEO.

“We now have eight M400-4 quad laser printers, and we expect that the successful strategies employed on the M400-4 will likewise work on these new M4K-4 units. We are pleased that we will be the first rocket printer in North America to offer the expanded footprint of the M4K-4 to our commercial space customers.”

According to Sintavia’s statement, the two new printers will be delivered by mid-2021, and will be installed in high performance copper and nickel alloys.