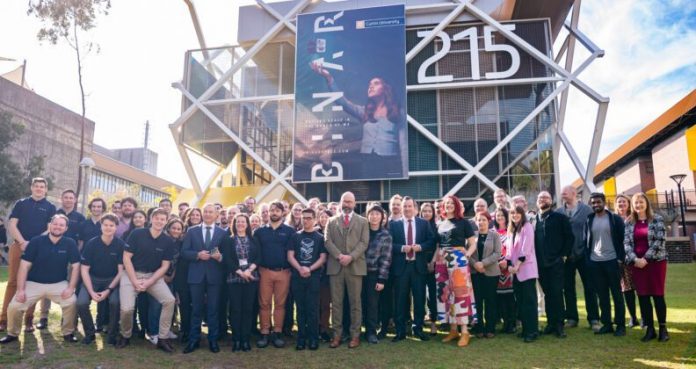 Western Australia’s first homegrown, highly integrated spacecraft is set to be launched from the International Space Station (ISS) in Cape Canaveral in the United States.

Designed, coded and built by staff and students from Curtin University’s Space Science and Technology Centre (SSTC), the Binar-1 CubeSat is scheduled to be launched from Cape Canaveral, Florida on a SpaceX rocket on 28 August, and then deployed into low-earth orbit from the ISS.

“Curtin’s incredible work on the Binar satellites through our Space Science Technology Centre has put us in the driver’s seat to deliver real outcomes for the WA and Australian space industries,” Professor Hayne said.

“The team has also developed an outstanding school outreach program to put space technology in the hands of students, giving them hands-on experience and real-world inspiration to generate the space workforce of the future right here in WA.

“It will also further advance Curtin’s goal of enriching WA’s economy and workforce, by linking the Binar Program with local industries and connecting them with a real pathway to the burgeoning space sector.”

SSTC Director Phil Bland a total of seven Binar CubeSat launches are planned for this year and 2022.

“The Binar Space Program has six more launches planned over the next 18 months,” Professor Bland said.

“Our novel design allows us to make spacecraft affordable, and space accessible for WA innovators. Our ultimate goal is to have a WA-built spacecraft at the Moon by 2025. Space missions like that don’t just inspire, they also drive innovation.

“Being able to build spacecraft affordably means that we can rapidly iterate technology, which is a key element in developing advanced systems for exploration, that then also benefit other industry sectors.”

Premier Mark McGowan said Curtin’s technology is set to become the most validated and flight-proven Australian spacecraft, positioning WA as the national leader in the development and operation of active spacecraft.

“I am immensely proud of the students and engineers who have developed this amazing technology which opens so many doors for future missions and collaboration with the public and private sectors,” the Premier added.

“The Western Australian Government invested $500,000 into the Binar program and this launch demonstrates the importance of science, research and technology to the State economy and our role in the global space sector to create jobs of the future.”