The Morrison Government has awarded over $1 million to two Australian space technology businesses under the first round of the Moon to Mars Supply Chain Capability Improvement grants.

The grants, which were the first to be awarded under the Government’s $150 million Moon to Mars initiative, will help the local businesses tap into national and international space supply chains, including NASA’s Moon to Mars program.

“Australia’s space insights are out of this world,” said Minister for Industry, Science and Technology Karen Andrews.

Minister Andrews added the Moon to Mars initiative will bolster Australia’s own space capability to create more opportunities and jobs.

The grant recipients are the following: Spiral Blue (NSW) and Advanced Navigation and Q-CTRL (NSW).

With $416,250 in place, Spiral Blue is set to develop Space Edge software for use aboard Earth observation satellites to enable data processing on-board the satellite.

“The two successful projects showcase the talent and ingenuity in Australia’s space sector and increase the involvement and value add of local technology in national and international space supply chains,” said Head of the Australian Space Agency Enrico Palermo.

The $150 million Moon to Mars initiative is part of a larger investment worth nearly $700 million by the Morrison Government into the Australian civil space sector intended to triple the sector’s size and create 20,000 jobs by 2030.

The Moon to Mars Supply Chain Capability Improvement program offers grants between $250,000 and $1 million, with applications open until 30 June 2023.

To apply for a grant and for more information, visit https://www.business.gov.au/M2M-SupplyChain 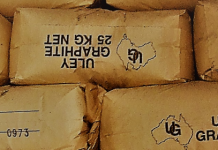 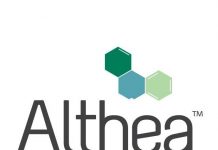 Government-sponsored studies to shape the future of Henderson Maritime Precinct