General Electric engineers have begun low-speed wind tunnel tests on the company’s forthcoming, largest-ever engine which will be used to power Boeing’s 777X.

According to the article on News.com.au, the testing is being conducted inside a tunnel test facility beside Boeing Field that has been designed specifically for testing jet propulsion systems and leased by GE through the autumn for these tests.

It is in this facility where engineers are measuring the minutest performance details of a one-sixth scale version of the largest commercial jet engine ever built — the GE9X.

“We’re not spending as much money as we would on full-scale hardware,” he said.

The small-scale engine fan is installed on a rig that’s perched royally at the centre of a cavernous, windowless chamber, its walls padded with polyurethane foam wedges that deaden sound so there will be no echoes.

The rig, which turns the fan shaft at 16,000 revolutions per minute, is pointed at a tunnel opening from which flows an air stream set to simulate take-off speeds of about 300 mph.

The team of engineers is currently testing the performance of three different sets of fan blades to see which has the best aerodynamic characteristics for its GE9X design. Next step on the agenda is the acoustic testing, which will measure the noise of the engine as it goes through its paces.

Further down the road, the engineers will focus on how the engine reacts to a crosswind, repeating many of their tests after the rig is turned through 90 degrees in the tunnel.

Compared to its predecessor — the GE90, GE’s new engine will have a lower maximum thrust of about 100,000 pounds, but will be able to carry more than 400 passengers, 50 more than the current 777.

The new GE9X power unit will inherit technology developed for the GEnx engines that power the 787 Dreamliner and also for the LEAP engine that is almost ready for the 737 MAX.

Boeing will build the aeroplane — featuring a new composite wing — in Everett, Washington with first delivery to an airline expected in 2020. 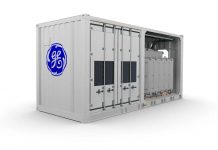 Global manufacturing rises in October according to latest PMI