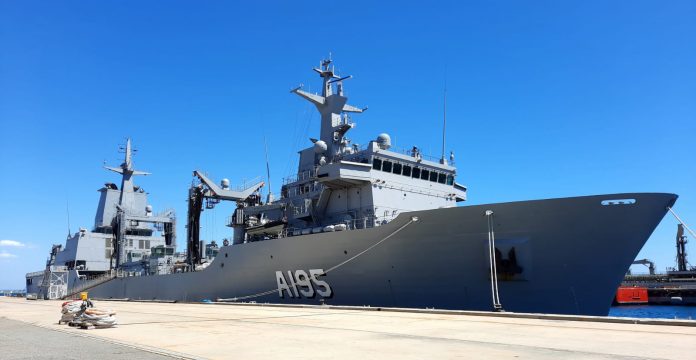 The Australian Department of Defence has signed the acceptance certificate for the Royal Australian Navy’s First Supply-class vessel, NUSHIP Supply.

Built by Spanish shipbuilder, Navantia S.A in Ferrol, Spain, the Auxiliary Oilier Replenishment (AOR) ship left for Australia in early September and after more than a month sailing arrived at its naval base in Garden Island, near Perth, for final fit out and testing activities.

Defence Minister Linda Reynolds said NUSHIP Supply will be the first AOR to replace the retired HMAS Success, which decommissioned in Sydney on 29 June 2019.

“Despite the impacts of COVID-19, the Australian Government has worked with the prime and sub-contractors to innovate and implement solutions to deliver the Royal Australian Navy’s first Supply-class vessel Nuship Supply, based on the Spanish Cantabria design,” Minister Reynolds said.

“Australian industry benefited with more than $130 million spent on engagement of local industry partners to support the ship’s fit out in Australia.”

Navantia S.A was contracted by the Australian Government to build two replacement AOR ships in May 2016.

NUSHIP Supply is scheduled to sail into her homeport of Sydney next week, while NUSHIP Stalwart – which is currently under construction – is expected to enter service in late 2021.