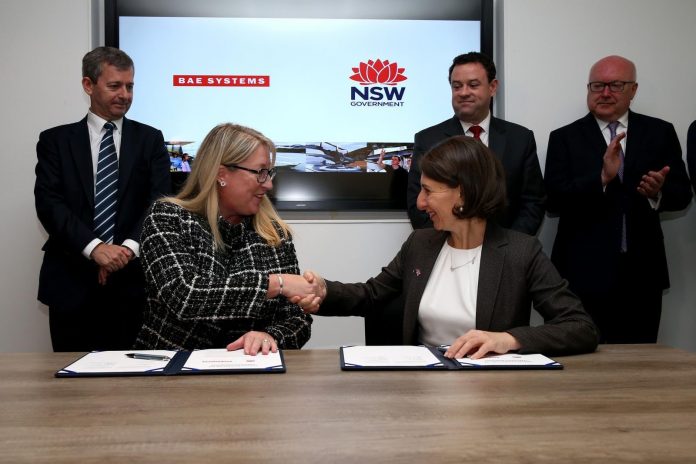 The NSW Government has inked a Memorandum of Understanding with BAE Systems that will see the global defence powerhouse help deliver a new state-of-the-art space R&D facility in Sydney.

Premier Gladys Berejiklian, who signed the MoU at the company’s HQ in London, said the move will ensure NSW leads the nation ‘in developing tomorrow’s scientists, engineers and mathematicians’.

“The Aerotropolis we are building around the Western Sydney Airport is a great opportunity for firms around the world to invest in NSW,” Ms Berejiklian said.

“BAE Systems Australia’s interest in NSW as a destination for this research facility is a huge vote of confidence in our economy and our plans for the new airport city.

“This partnership will allow us to create the high tech jobs we need to keep NSW as the number one jobs market in the nation.”

BAE Systems Australia’s CEO Gabby Costigan said the MOU will enable the company ‘to explore the advantages of becoming a part of the innovation precinct at the new airport city’.

“Australia has a long history of innovation in the defence industry, and the Aerotropolis in Western Sydney presents a great opportunity to build on that history,” Ms Costigan concluded.