“The growing shortage of urea internationally is escalating with a supply squeeze already beginning in industries such as logistics, with mounting concerns for availability and cost blowouts. It has the potential to create inflationary pressures as urea is a key base ingredient across several sectors.” LCK Managing Director, Phil Staveley, commented.

“Due to its fully integrated nature, the carbon neutral LCUP is in a unique position to create diverse urea-based products onsite, which can include AdBlue. The current AdBlue crisis has only further highlighted the importance of domestic urea production and the ability of the LCUP to play a major role in addressing supply chain and foreign exchange and global commodity price issues that several local industries currently face.”

Recent curbs on fertiliser exports from China1 and the announced closure of Australia’s only urea manufacturing facility (Incitec Pivot Limited’s major Gibson Island fertiliser plant in Brisbane 2) has created a growing shortage and increase in the price of urea both worldwide and in Australia. Urea is a key chemical used in the manufacturing process in several industries including fertiliser, chemical production, AdBlue fuel additives, resin production and the medical sector. The growing supply shortage of urea in Australia highlights the strategic importance of the LCUP for domestic and international markets. The LCUP will be the only fully integrated urea production facility in Australia, with all inputs for carbon neutral urea production on-site. Average nominal operating costs are forecast to be A$109 per tonne which is within the lowest cost quartile of the global urea production cost curve.

The LCUP currently has 500,000 tonnes of its initial production under an HOA for offtake agreement with Daelim (refer ASX release 30 November 2021). This is sufficient to finance the project. Consequently we now have the strategic flexibility to deal with the remaining 500,000 tonnes earmarked for the domestic market as we see fit. The LCUP can direct its carbon neutral urea production into a range of end uses, to address urea shortages, and create a multi-channel revenue mix.

AdBlue is the marketing term of a chemical additive referring to the fluid used in the catalytic converter fitted to exhaust systems of heavy diesel transport engines in heavy vehicles such as trucks and buses. It is now also increasingly used in late model diesel cars and SUVs (sport utility vehicle), and in some countries, is mandatory.

It is injected into exhaust gases of diesel engines and burnt at high temperatures to breakdown nitrogen oxides. Its use allows numerous types of diesel engines to meet the growing environmental emission standards that regulate the level of exhaust emissions.

AdBlue is a non-toxic, colourless liquid. It is made from mixing demineralised (pure) water (67.5%) with high grade urea (32.5%). When injected into diesel exhaust gases, it breaks down the nitrogen oxide into nitrogen and water vapour, making the exhaust gases less pollutive and acceptable in terms of emissions standards.

Engines that are designed to operate with AdBlue additive do not function properly without the additive. Normally, AdBlue is easy to purchase from retail and wholesale outlets, but as discussed above, is in chronic short supply due to the impact of high gas prices on international urea production.

“Everyone is reading and hearing about the impending AdBlue shortage. We all need to understand why the AdBlue shortage is simply a symptom of other factors. AdBlue is made from Urea. Urea is made from gas. If there is a shortage of gas, or if gas prices are from a historical perspective expensive then there are flow on effects.”

“The problem is exacerbated by the anti-fossil fuel lobby that has meant there has been less investment in gas exploration. You can’t find gas if you don’t explore for it. So with little money being committed to exploration the chances of finding new gas supplies almost becomes nonexistent.

With gas demand increasing and supply become more problematic the cost of gas has to increase. If the cost of gas increases or if supply diminishes then industries that rely on gas have a major issue. Urea is just one of a number of products that are made from gas. So as gas prices increase, and Urea prices increases, the Adblue shortage simply becomes another victim of the increasing gas prices.

It is perhaps ironic that the very people who demanded AdBlue be used to lower the impact of diesel emmissions on the environment, are the same people who are causing the gas prices and shortages to increase because of their stance against any fossil fuels, including gas. Manufacturing AdBlue is not difficult. You simply need gas to make ammonia, then urea, and then AdBlue. We don’t have this problem at LCK as we have our own gas” 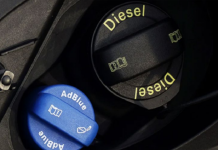 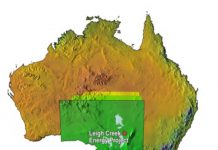 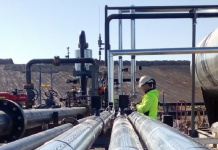