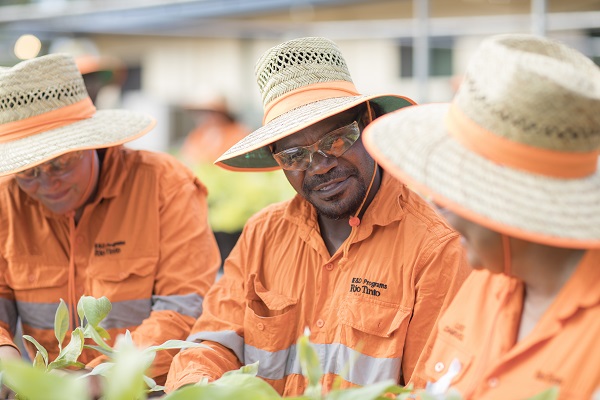 Rio Tinto has announced that its indigenous workforce has reached 574 across its Cape York bauxite site in the Far North Queensland.

According to the company, the workforce has been bolstered by onsite construction jobs at the A$2.6 billion Amrun Project development and includes 244 local Aboriginal workers from existing Weipa Operations’ East Weipa and Andoom mines.

We recognise our mines operate on traditional land and our strong Aboriginal and Torres Strait Islander workforce is a reflection of this,” he stated.

“We continue to provide opportunities and employment pathways for Aboriginal and Torres Strait Islander people to ensure the benefits of our business are shared and contribute to sustainable community development.”

“Rio Tinto is dedicated to working in partnership with our signatory Traditional Owner Groups and communities in Aurukun, Napranum, Mapoon and Northern Peninsula Area to collectively provide employment opportunities for local Aboriginal people.”

QRC Chief Executive Ian Macfarlane congratulated Rio Tinto on the achievement, saying the Amrun Project continues to deliver on its targets to employ locally and give back to the surrounding communities.

“This is a landmark achievement for Rio Tinto and what is truly remarkable is 244 of the workforce are local Aboriginal people,” Mr Macfarlane said.

“In 2006, Indigenous people comprised 3% of the state’s workforce in resources, whereas in 2016, it had grown to 4%. Queensland’s Indigenous population is 4% which places the resources sector as one of the few industries to reflect Queensland’s diverse population.”