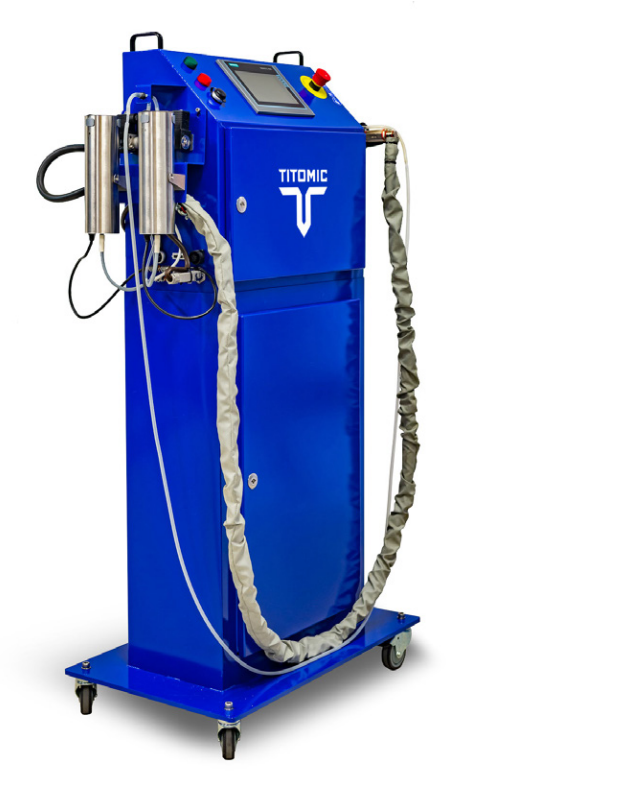 Titomic Managing Director Herbert Koeck said the systems have been sold to four different companies in the rail transportation and engine remanufacturing industries, further extending Titomic’s capability in the coatings and repairs sector.

Previously, the company sold one D523 to Brauntell, an authorized service provider, and another D523 to oil & gas engineering firm DNC Coatings in the Asia Pacific region.

The sale of these four D523 systems into the Australian transport industry expands the reach and highlights the universal need for the in-the-field servicing capability provided by these systems,” Mr Koeck said.

“The D523 system’s capability of making parts, repairing damaged or corroded parts, and general maintenance on-site in a quick turnaround time, ultimately leads to higher profitability for users and secures their supply chains.

“The sales of the D523 systems follow on from the Dycomet acquisition in December last year, enabling Titomic to be the only global supplier of low, medium, and high-pressure cold spray systems.

“With this ability, Titomic can partner with businesses across multiple regions in the engine remanufacturing and rail transport sectors by offering technology which compliments those existing manufacturers.”