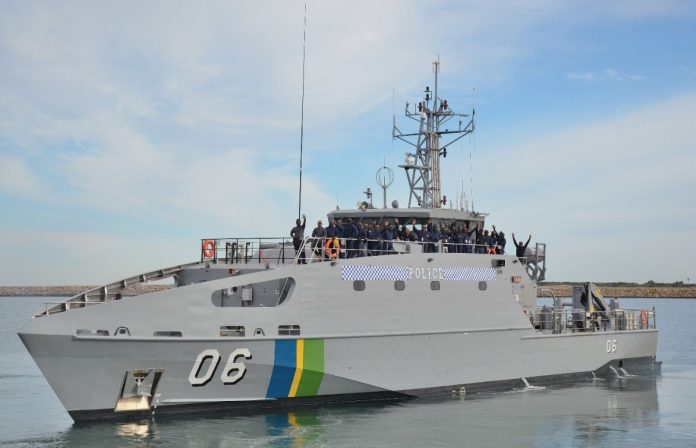 Austal has delivered the tenth Guardian-class patrol boat (GCPB) to the Australian Department of Defence.

The vessel, the RSIPV Taro, was subsequently gifted to the Solomon Islands Government under the Pacific Patrol Boat Replacement Project, part of the Australian Government’s Pacific Maritime Security Program.

The 39.5-metre steel monohull patrol boat – designed, constructed and sustained by Austal Australia – is based on a proven design platform that has included the 38-metre Bay-class, 56 metre Armidale-class and 58-metre Cape-class patrol boats that are in service with the Australian Border Force and Royal Australian Navy.

Austal CEO Paddy Gregg said the RSIPV Taro was the second of two Guardian-class Patrol Boats to be delivered to the Solomon Islands, signifying the half way mark in the delivery of the Pacific Patrol Boat Replacement Project.

“The RSIPV Taro is the tenth Guardian-class patrol boat we have completed for the Australian Government, out of a total 21 vessels we are constructing and sustaining under the Pacific Patrol Boat Replacement Project,” Mr Gregg said.

“Based on our current productivity, and despite the challenges of the COVID19 pandemic, our Australian shipyard is well on track to delivering all 21 Guardian-class Patrol Boats, on time, by the end of 2023.”

The Pacific Patrol Boat Replacement Project was awarded to Austal in May 2016, with an additional contract option awarded in April 2018, taking the program to 21 vessels, valued at more than A$335 million.