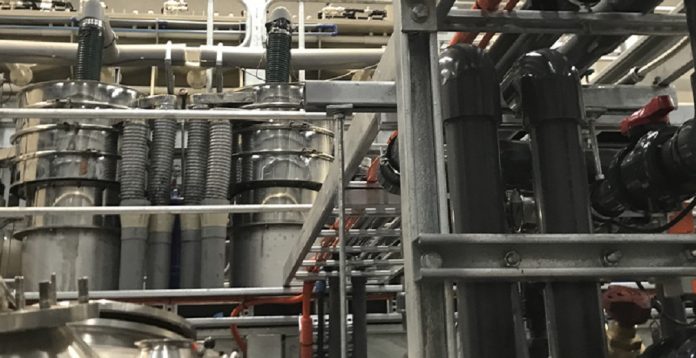 Advanced materials company First Graphene announced that its patented process for converting petroleum feedstock into graphite, graphene and clean hydrogen has proven highly robust and effective during testing carried out at the Graphene Engineering and Innovation Centre (GEIC) in Manchester.

The Company’s researchers at GEIC have successfully demonstrated that the Hydrodynamic Cavitation Technology can efficiently produce graphite materials in a single step process, with “green” hydrogen made as a by-product without CO2 generation.

The process – exclusive to First Graphene – relies on technology that has been granted a patent in both the UK and the US.

While petroleum feedstocks are typically associated with the release of carbon dioxide, this is not the case in Hydrodynamic Cavitation as the minimal net carbon footprint from this process is solely due to the electrical energy used for operation of the equipment, which ultimately could be provided from renewable sources.

He said these products, which are currently being tested in lithium-ion battery cells, were ideal for battery electrodes.

“With the rapid growth of the electric vehicle market, demand for graphite continues to grow, while demand for petroleum products for transport is forecast to decline,” Mr Bell noted.

“Natural graphite is listed as a critical raw material by the European Union, and routes to produce graphite from alternative sources with a low carbon dioxide footprint are particularly valuable.

“This process enables the large-scale manufacture of these critical raw materials from an alternative feedstock, and subsequently presents an exciting opportunity for the petroleum industry.

“Further to this, the primary by-product of this process is green hydrogen, creating further appeal to energy sectors.” Mr Bell concluded.

Science — key to advanced manufacturing and mining at Science Alive!